Britain has an enviable number of iconic car makes: Aston Martin, Bentley, Jaguar Land Rover, Lotus; McLaren and Mini to name just a few – albeit we’re well aware that not all of these are under British ownership these days.

But have you ever wondered where the UK would rank as a country in terms of the nations with the overall best car brands?

The answer claims to have been revealed by a study using an algorithm to consolidate car reviews from the UK’s top motoring websites into one overall rating – and the Czech Republic came out on top. 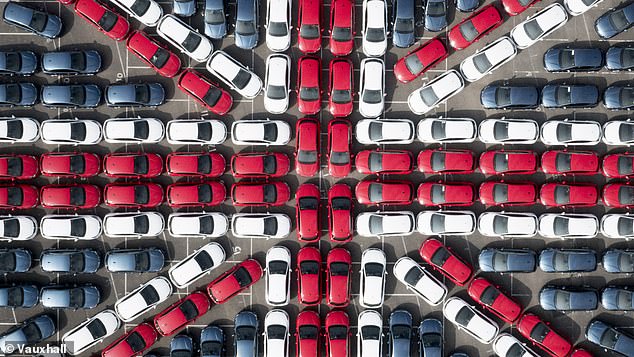 Middle of the pack: The UK was rated fifth out of eleven countries in terms of which has the best car brands – find out how each manufacturer rated below

Before we get to the crux of the research and the results, it is important that we point out that brands are grouped into the countries they originate from – and not necessarily the nationalities of their current parent companies.

For instance, Skoda – like Bentley – is now under the German VW Group banner, Jaguar Land Rover has an Indian parent company, Mini is now a BMW make and MG is Chinese.

The research also doesn’t use the factory locations where cars are built, with some brands making their cars in other countries.

The analysis has been carried out by consumer advice website, The Car Expert, which has created what it calls an ‘Expert Rating Index’. 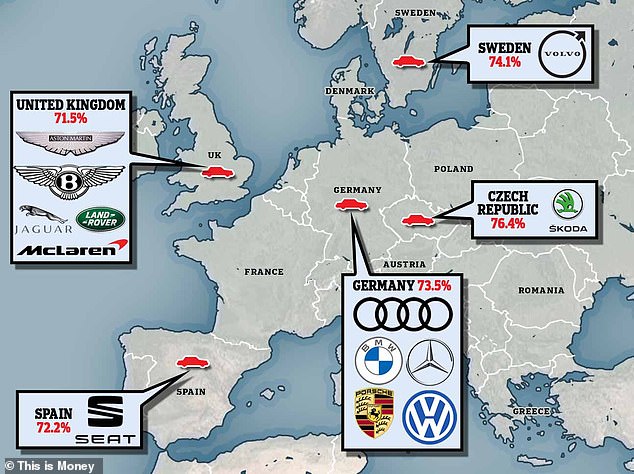 These are the top five countries with best and worst brands based on analysis of new model reviews from 30 of the biggest motoring websites. Brands are grouped into their originating nations, not the countries that represent their current ownership

As Rotten Tomatoes is to films and TV shows, the Expert Rating Index is to a car reviews aggregator, combining the scores given to new cars across 30 different platforms in total.

Over 340 new car models that were on sale in the UK as of 1 March 2022 were analysed in the study and only brands with a minimum of 10 reviews were included in the manufacturer results – which is why Bugatti, Koenigsegg, Morgan and Caterham are not included.

Countries with the best and worst car brands

The Czech Republic, which scored an impressive 76 per cent average in the data-driven rankings, came out on top.

Britain came in fifth place, with more details on that below.

However, the Czech result came from just one brand, Skoda, which scored highly across motoring reviews from varying publications.

For example, the Enyaq iV electric SUV was the best performing vehicle in its segment, while the Scala, its lowest performing car, still earned a satisfactory score within its class.

Despite being owned by the VW Group, Skoda’s largest assembly line is in its native land, located in Mlada Boleslav with a daily production of more than 1,300 vehicles.

Second place went to Sweden with 74 per cent, with the country’s score a combination of Polestar and Volvo reviews.

Traditionally seen by many as among the best car-producing countries globally, automotive giant Germany came in third place.

Despite its high-ranking, premium brands such as Porsche (82 per cent), BMW (73 per cent) and Audi (73 per cent), Germany was impacted by a number of lower-performing models.

Most notably, Smart affected Germany’s score as the lowest performer of all brands within the analysis, resulting in a score of 43 per cent, which is significantly below that of Japanese brand Subaru (51 per cent) which was second from bottom. 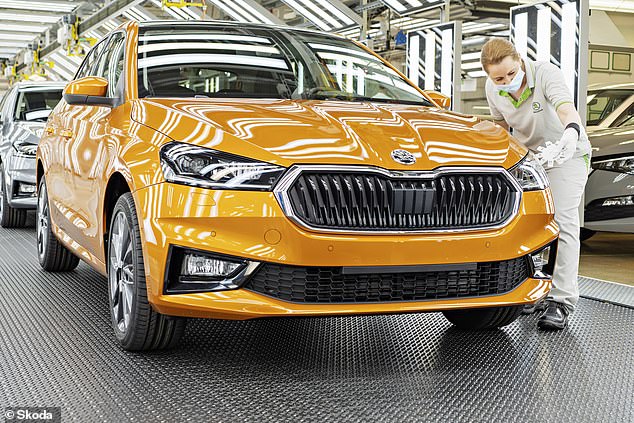 The Czech Republic, which scored an impressive 76% on just Skoda’s data-driven rankings, came out on top. Despite being owned by the German VW Group, Skoda’s largest assembly line is in its native land, located in Mlada Boleslav (pictured) 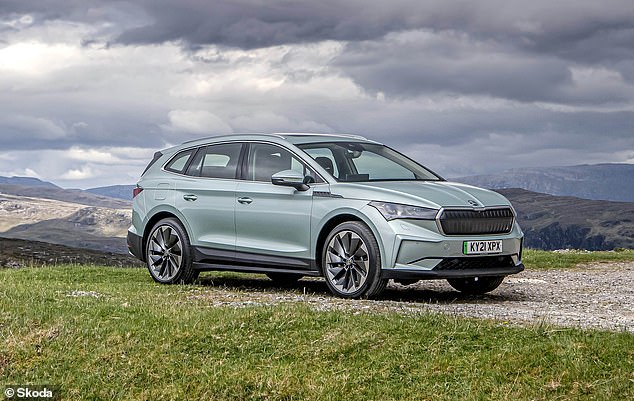 As a nation of car brands, we scored fifth overall in the order, despite creating some of the most upmarket vehicles in the world, including two of the highest-rated cars overall, the McLaren 765 LT and Rolls-Royce Phantom.

Brands such as Bentley, Land Rover and Jaguar bolstered Britain’s overall score, with journalists rating models such as the Continental GT, Defender and I-Pace particularly well.

Vauxhall – now under French ownership – scored 62 per cent, while MG Motor averaged 53 per cent, with two of its models, the MG 3 and ZS, among the bottom five cars after being critiqued for their Euro NCAP safety ratings. 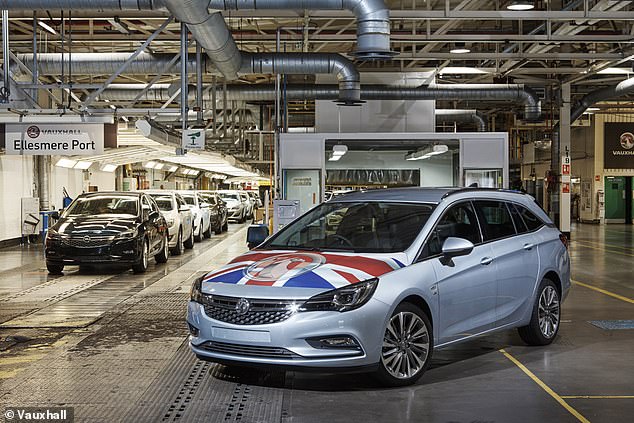 Britain came fifth overall in the order with Vauxhall and MG weighing the maker down – though technically neither are British own companies today, with the former being French and the latter Chinese

The comprehensive research placed France at the foot of the leaderboard.

DS Automobiles had low scores across all five models, averaging 57 per cent, while Renault and Citroën were also towards the bottom of the rankings, mostly scoring average Expert Ratings across their ranges.

Yet France had had the brand with the most glowing car ratings – and for only one model.

Alpine topped the charts with a score of 88 per cent, though that’s an average score across reviews of the highly-regarded A110 sports car only.

However, it still managed to outrank legendary marques like Ferrari and Rolls-Royce.

You can see each brand in order of the aggregator’s analysis in the full table below. 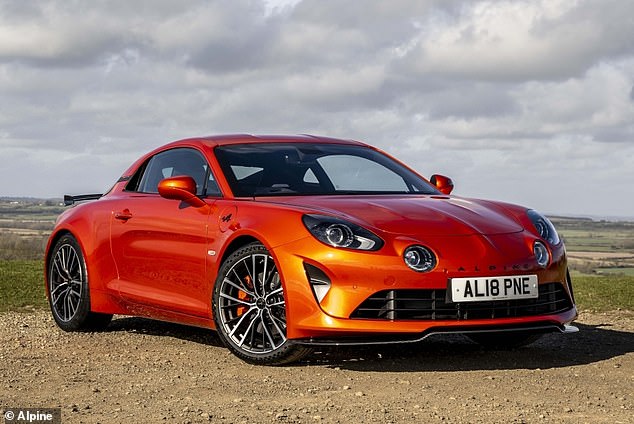 France’s Alpine was the best-ranked brand overall, though the aggregated reviews were all for the impressive A110 sports car. It scored higher than both Ferrari and Rolls-Royce

Commenting on the research, Stuart Masson, editorial director at The Car Expert, said: ‘Many will be surprised to find that Germany has not topped the charts, but also that the title belongs to the Czech Republic.

‘Skoda has made huge strides over the years and has seen its line-up praised consistently in the eyes of automotive journalists and consumers alike.

‘Overall, Skoda’s value for money and ability to deliver cars that outperform many more expensive models was the recurring praise of journalists’ reviews across the brand.’

He added: ‘For a country that has a strong presence within the UK market, the Expert Ratings for French brands were surprisingly low.

‘However, it was pleasing to see two British models coming out on top, proving that the UK knows how to design first-class vehicles.’

SAVE MONEY ON MOTORING

Some links in this article may be affiliate links. If you click on them we may earn a small commission. That helps us fund This Is Money, and keep it free to use. We do not write articles to promote products. We do not allow any commercial relationship to affect our editorial independence.