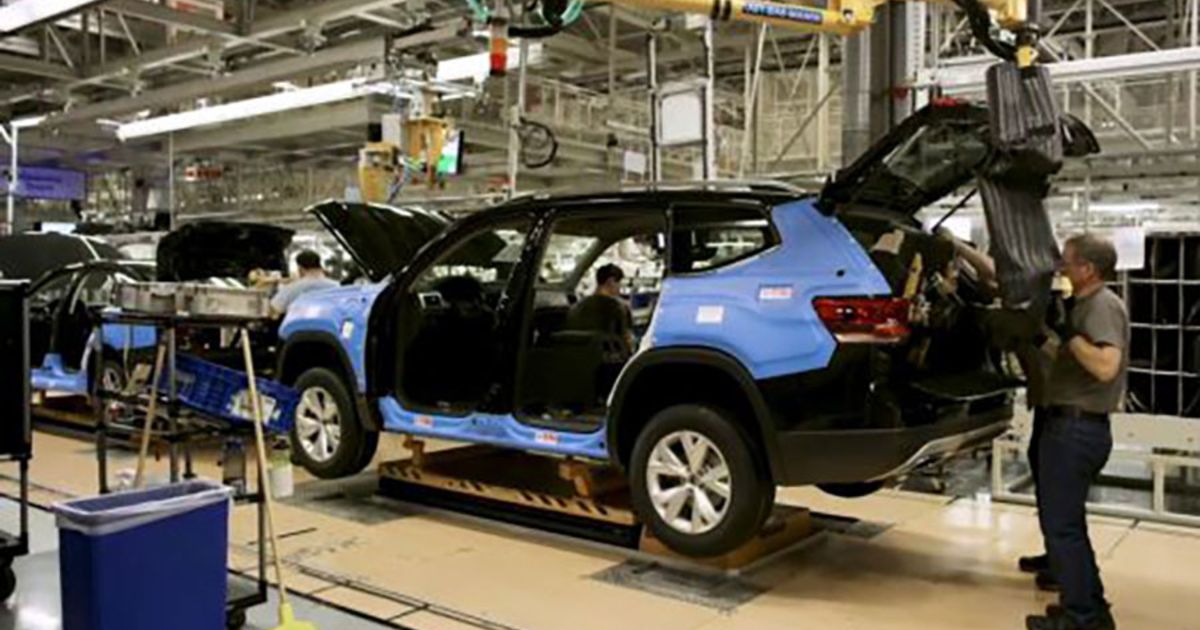 The production shift was announced Tuesday by Volkswagen Group CEO Herbert Diess at the automaker’s annual press conference, and it was one of a number of messages from VW brands this week signaling resiliency in the face of multiple production and logistics crises. A spokesman for Volkswagen of America declined to provide clarification beyond Diess’ comments. However, dealer sources told Automotive News that the number of additional vehicles would be in the tens of thousands.

In 2021, 73 percent of the 375,030 new VW vehicles sold in the U.S. were crossovers. Volkswagen of America has been trying to manage its way through the microchip crisis by focusing production as much as possible on more profitable crossovers while shifting chips away from the low-margin Jetta. Combined sales of the two Atlas models were up 32 percent last year to 115,687, while sales of the compact Tiguan grew 9 percent to 109,747. The subcompact Taos, which began arriving on dealership lots a year ago, had accumulated 31,682 sales by the end of 2021. VW reports its sales quarterly and will report first-quarter sales in early April.

Like their counterparts at other brands, VW dealers have been operating for months with very lean inventories. As of this week, they had just 7,000 new vehicles on hand nationally, about a 10-day supply, a dealer source said.

Tom McMenamin, chairman of the Volkswagen National Dealer Advisory Council, confirmed dealers were expecting to “see a substantial number” of additional North American-built vehicles heading to their lots. He said getting more new vehicles to sell “is going to make all the difference in the world to the dealers, and it’s going to give us a competitive advantage in our markets because we’ll have products and most of our competitors won’t.”

John Luciano, dealer principal at Street Volkswagen of Amarillo in Texas, said the extra vehicles were beyond welcome: They would likely allow his store to match the 1,167 new-vehicle sales — and record profitability — that it hit last year instead of looking at up to a 25 percent volume reduction for 2022.

“We’ve felt so snakebit for so long as VW dealers that now we should have an opportunity to gain market share, which has been our goal here since 2015,” said Luciano. “If those numbers hold up, that’s going to make me a whole lot happier to be around.”