Like most European automakers, Volvo is on a roll in electric vehicle development. The Swedish company aims to launch five pure electric vehicles and two plug-in hybrids within the next few years. If all goes to plan, Volvo’s goal is to sell nothing but EVs by 2030.

One of the cars the company believes will get them there is the XC90 successor. Reportedly dubbed the Embla, the electric crossover could debut in 2023. This model also represents a vital step towards the automaker’s goal of total electrification. On top of that, the Embla will likely come with more advanced semi-autonomous (or fully autonomous) driving capabilities. The heavy hitters involved in the development include NVIDIA, Luminar, and Google. 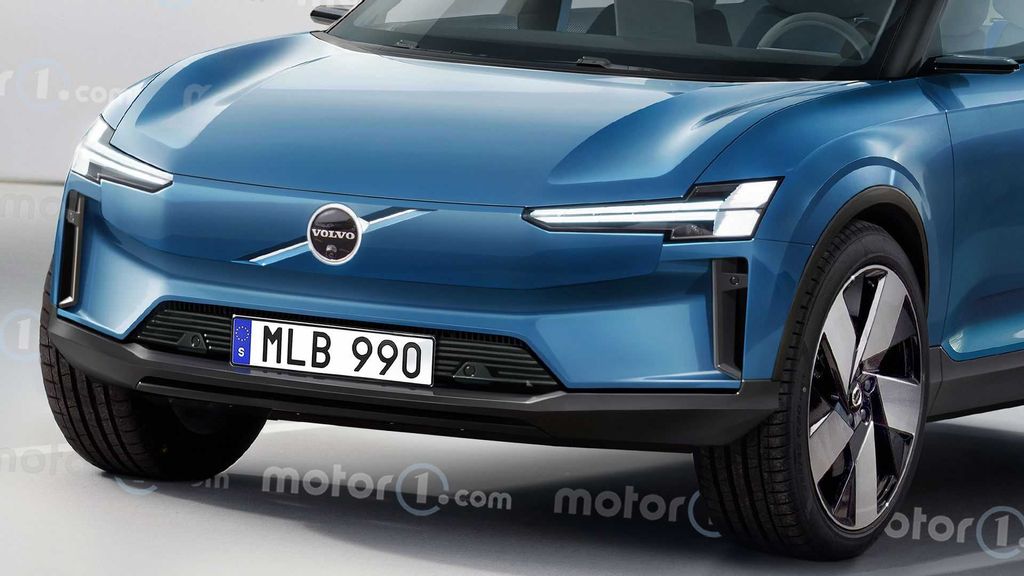 So what could the Embla look like once it’s launched? There are no teasers for the model for now, but we gave it a shot by rendering the future electric crossover.

The Embla (not yet its final or official name) could likely draw inspiration from the Concept Recharge shown late last year. The road-going version could be a mildly toned-down version of the concept car at the very least. Our render takes out some of the show car’s details, such as the frameless windows and sealed-off bumpers.

We added window frames to the electric crossover to make it look more like a production model. We also put more visible corner air intakes on the bumper for this render. Expect Volvo signature cues to reach the production version, namely the “Thor’s Hammer” headlights and the vertical taillights.

There are some things from the concept we expect on the road car. One of them is the side-view camera instead of mirrors. The other is the flush door handles since these cars need to minimize drag to maximize range. And since the electric crossover will have near-autonomous driving capabilities, the LIDAR pod remains on the roof.

While we’re on LIDAR, the sensor comes from Luminar, while its “brain” comes from NVIDIA. Those sensors serve as the ‘eyes’ of the SUV and will allow real-time traffic analysis. Because of that, the future Volvo will likely receive the Ride Pilot unsupervised driving system.

As for the interior, expect a minimalist approach for the dashboard and accommodations. It will likely get cues from the Recharge Concept but toned down for production. Volvo’s push for eco-sustainability means the upholstery will come from recyclable materials to minimize the use of raw materials.

The electric crossover will represent Volvo’s direction in the coming years. But what about those who still prefer their Volvo crossover with an engine? According to Volvo CEO Hakan Samuelsson, the XC90 will continue production until the company’s transition to EVs is complete.