This is the Most Popular 2022 Subaru Ascent

The Subaru Ascent is a family-friendly SUV with seating for up to eight, standard all-wheel drive for great all-weather capability, and ample interior space for people and cargo. But which version of the 2022 Subaru Ascent is most popular with buyers? We have the data, and the data says it’s the 2022 Ascent Limited, with a significant majority of buyers opting for the 7-seat layout rather than the maximum of eight seats.

What else do you get with a 2022 Subaru Ascent Limited in 7-seat configuration? Read on to find out.

Upgrades to the 2022 Ascent Limited over the lower tiers include:

In addition to the extra features and equipment that come with the Limited trim level, the Ascent Limited is also eligible for certain optional equipment and packages, some of which can’t be fitted to lower tiers, such as the power tilt/sliding panoramic moonroof (optional on Onyx Edition and Limited models; standard for Touring models), power-adjust front passenger seat (standard equipment only on Limited and Touring models), and the Harman Kardon Quantum Surround Sound audio system (optional on Limited and standard on Touring models). 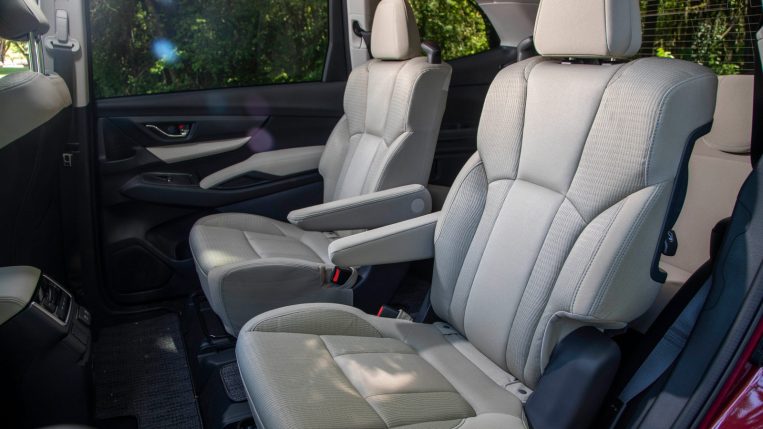 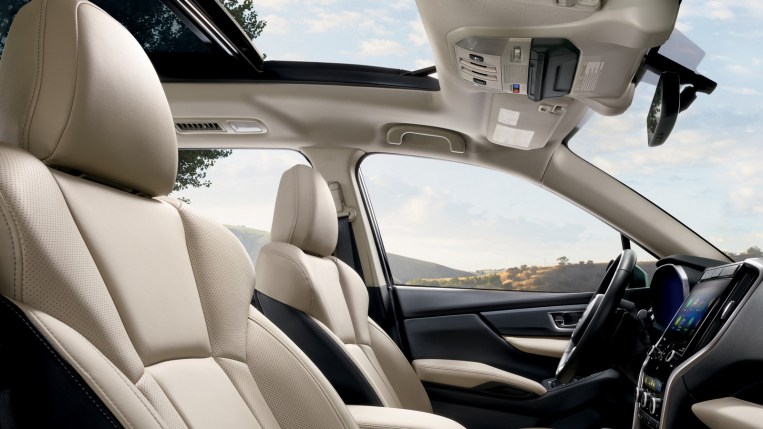 Reducing ultraviolet (UV) light transmission by 95%, the panoramic power tilt/sliding glass moonroof aims to brighten up the cabin and open up the view without exposing you or your occupants to harmful radiation from the sun. It’s an optional extra in the 2022 Ascent Touring, included in the Technology Package ($2,950), which also includes the Harman Kardon audio system and Starlink 8-inch Multimedia Navigation system.

Thanks to its GreenEdge amplifier and 792-watt-equivalent output, the Harman Kardon Quantum Surround Sound audio system included in the Technology Package promises full, rich, powerful sound, and its 14 speakers help ensure that sound is balanced throughout the cabin.

Starlink 8-inch Multimedia Plus or Navigation

The Ascent Limited comes standard with Subaru’s Starlink 8-inch Multimedia Plus system, which includes voice-operated controls for some vehicle functions, Apple CarPlay and Android Auto compatibility, but lacks its own navigation system. The Technology Package adds the navigation functionality, including voice controls, with a TomTom-powered turn-by-turn system.

Standard on all 2022 Ascent models, the EyeSight Driver Assist system includes advanced adaptive cruise control with lane centering, which helps to follow traffic at the selected distance while also helping to keep the car in the center of the lane. Other standard safety features for the Ascent include Steering Responsive LED headlights with high beam assist. Touring models also get blind-spot detection with lane-change assist, rear cross-traffic alert, and reverse automatic braking.