This is an UMM Alter II, it’s a Portuguese-built, French-designed four-wheel drive that’s probably best known for two things – it’s said to have finished 100% of the Paris-Dakar Rallies it entered, and it was chosen as the Popemobile when Pope John Paul II visited Portugal.

The quirky looks of the Alter II have attracted a lot of attention over the years, it was designed as a purely utilitarian vehicle with the best off-road ability with the lowest possible cost, and it proved popular with various militaries and police forces.

To tell the story of the UMM Alter II you really need to go back to the early 20th century when an automotive company named Cournil was founded in France by Bernard Cournil.

Above Video: This footage from the 1993 Paris-Dakar Rally, if you skip forward to the 8:19 mark you’ll see the UMM Alter II driven by Francisco Sande of Portugal.

The company was initially an automobile workshop but during WWII, as the oil either ran out or was rationed, he specialized in converting cars to run on a wood-based fuel named Gazogene.

After the war Bernard saw an opportunity to put all the leftover American Jeeps to good use, and so he began converting them for farm and agricultural use. Eventually he signed a license agreement to assemble Willys Jeeps locally in France.

Over time the Jeeps being assembled by Cournil were modified, up to the point where Bernard and his team decided to just develop their own 4×4 vehicle, using as many pre-existing parts as possible. 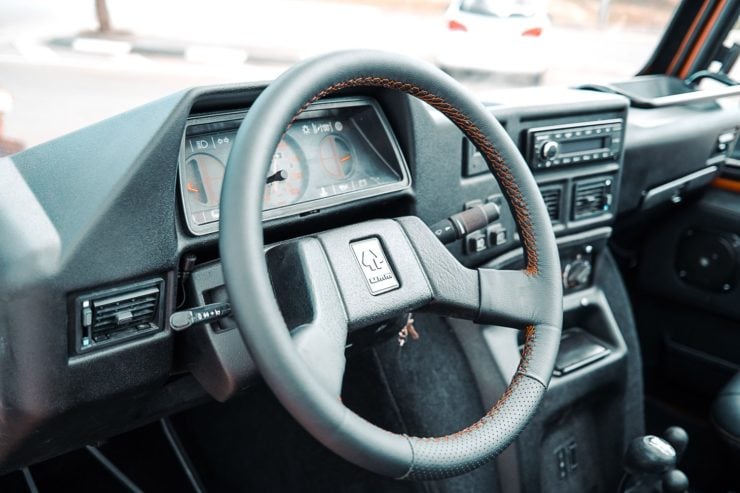 The interior of later model Alter IIs was well designed by the standards of the era, certainly on par with similar offerings from Land Rover and Jeep.

In 1960 the company released the Cournil Tracteur JA1, a tough 4×4 vehicle with a chassis developed and built by Cournil. The body was also designed and built in house, but many other major parts like engines, transmissions, and axles were sourced from other manufacturers.

From 1961 onwards the body style was changed to include the steeply inclined front end, a feature that would become synonymous with Cournil and the SIMI and UMM vehicles that would follow.

In 1977 Council was sold to two companies, “Groupe Gévelot” got the French rights and UMM of Portugal got the international rights.

Pronounced “U-M-M” rather than “Umm,” the company name stands for União Metalo-Mecânica in Portuguese or “Metal-Mechanical Union” in English. The company is a Portuguese metal works factory and former automobile manufacturer based in Lisbon. 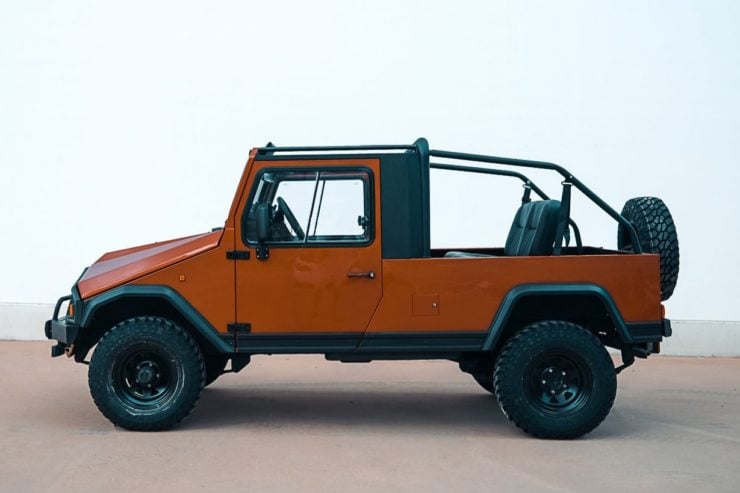 The Alter IIs steeply raked nose was designed to ensure that drivers would have excelled visibility over forward terrain.

UMM had acquired the rights to Cournil designs back in the late 1970s, and by the mid-1980s there was a new updated design available from SIMI, the company who had taken over the French rights holder.

The new design was put into production in Portugal and named the UMM Alter II. As with the previous Cournil/SIMI designs the Alter II was tough, simple, and highly-capable off-road. It has live axles front and rear on leaf springs, a steel ladder chassis, and a simple angular body with a steeply inclined nose for better visibility.

Eight different engines were offered, from a 75 bhp 2.5 liter naturally aspirated diesel up to the 150 bhp 3.0 V6 petrol engine, however the 2.5 liter turbodiesels were the most common. Soft and hard top versions were offered as well as civilian, military, and police specification variants.

Approximately 10,000 were made in total and many remain in service to this day, with spare parts available through Europeças. 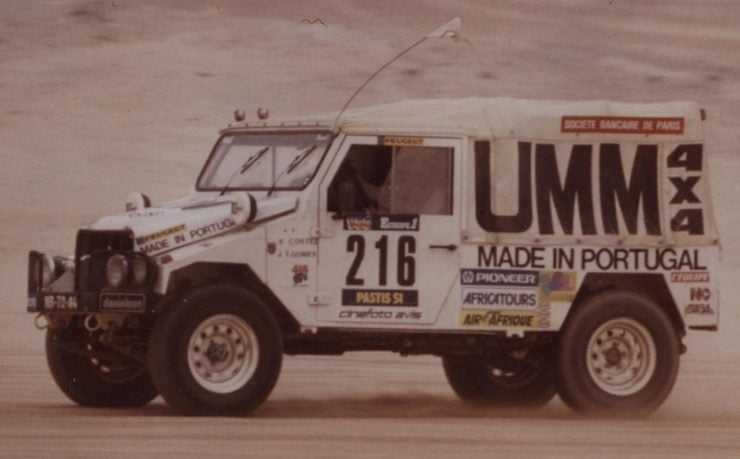 A number if Alters competed in the Paris-Dakar Rally over the years, though unconfirmed it’s been claimed that everyone that was ever entered managed to finish the event.

The vehicle you see here is an UMM Alter II from 1993, the second last year of production.

It was imported from Spain in December 2021 after a rebuild that included a new paint job, a newly upholstered interior, and some engine work on the 2.5 liter turbodiesel. The cooling system was also replaced as were the braking components.

As a later example of the model this Alter II is fitted with the desirable 5-speed transmission which sends power back through a dual-range transfer case to all four wheels. It has a black canvas soft top, a swing-out spare tire carrier, a roll cage, and a Continental stereo.

It’s currently being offered for sale out of Plymouth, Massachusetts on Bring A Trailer. If you’d like to read more about it or place a bid you can visit the listing here. 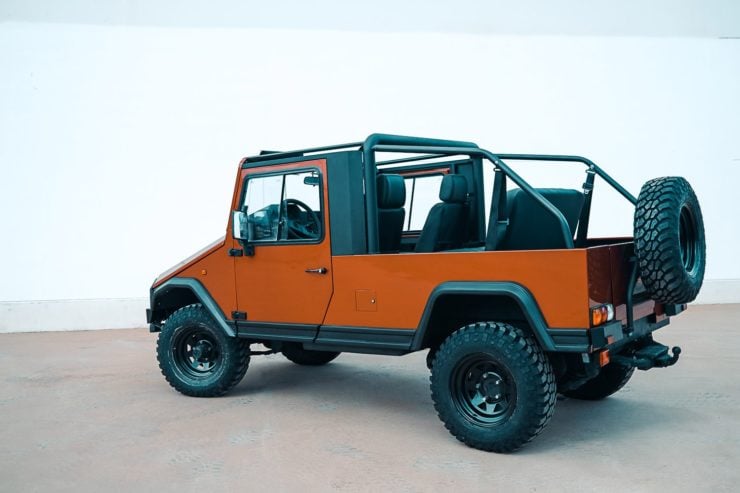 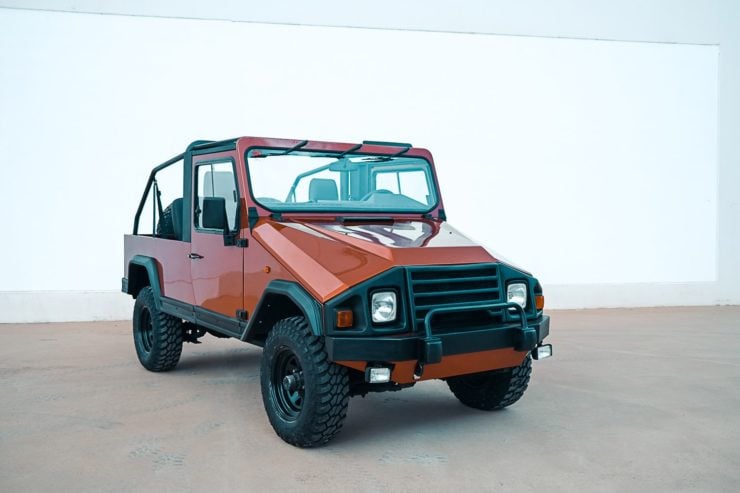 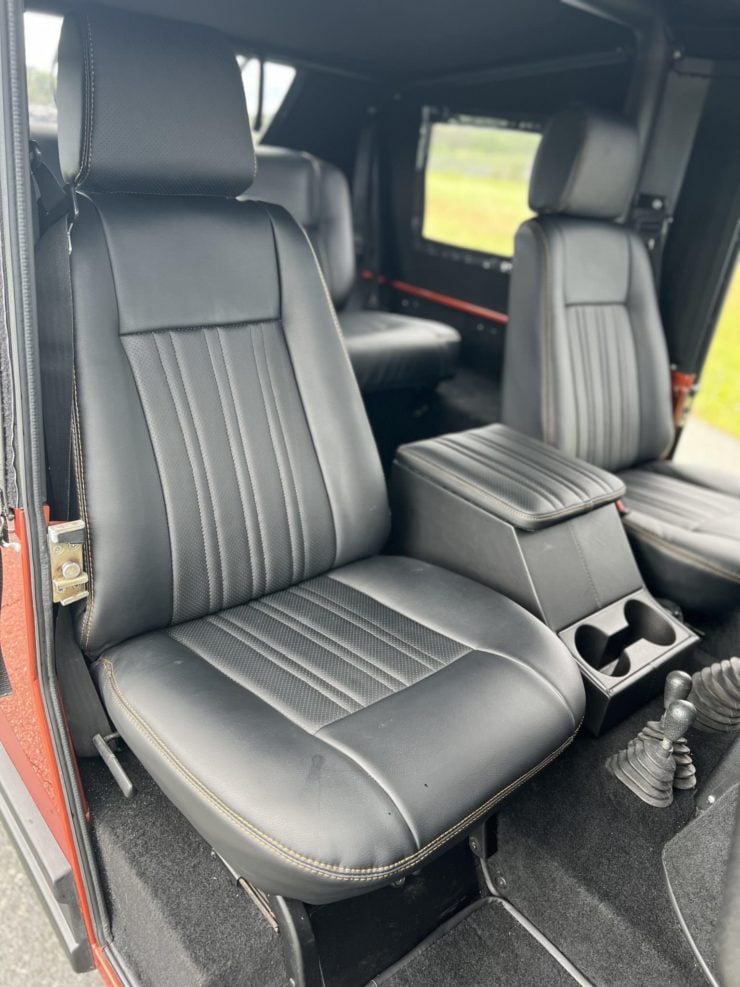 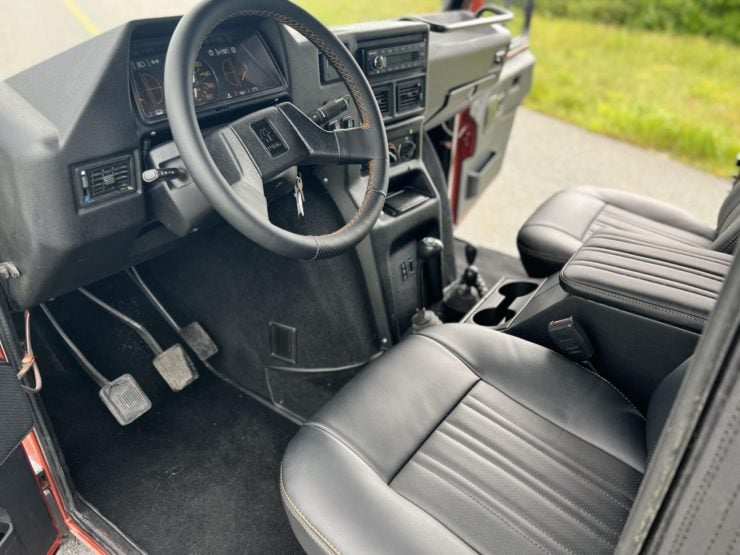 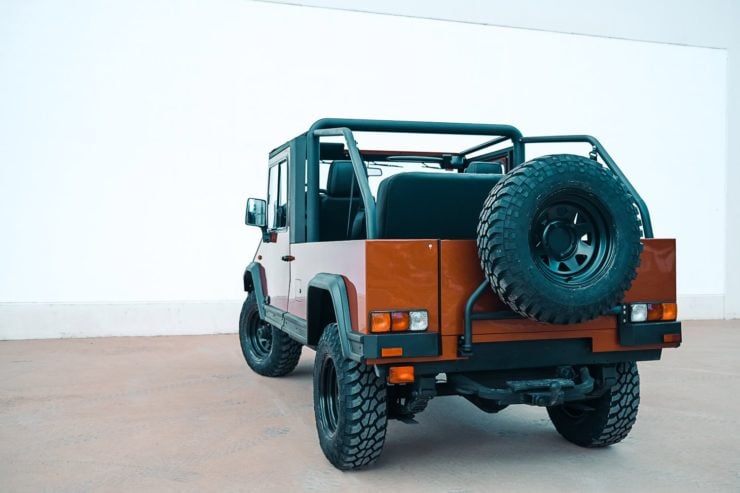 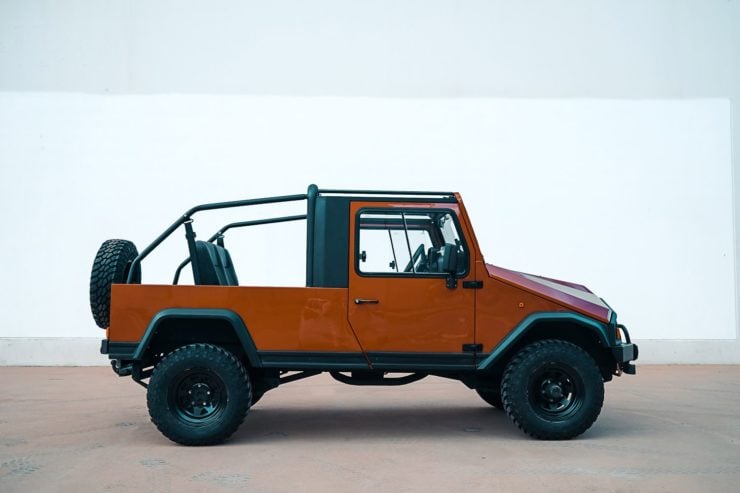 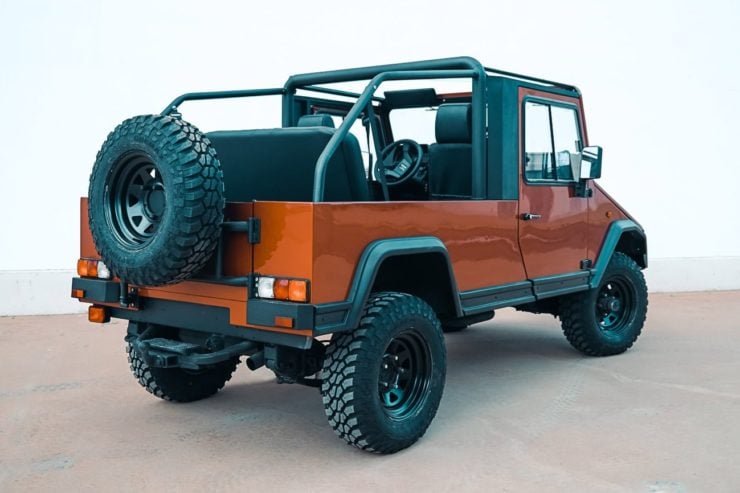 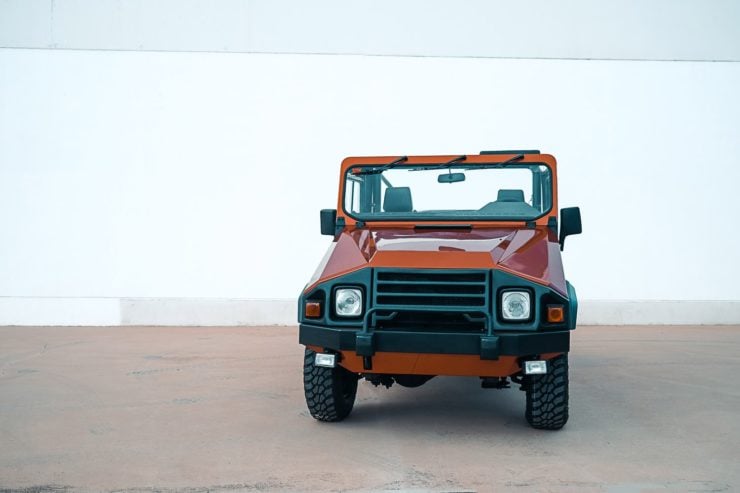 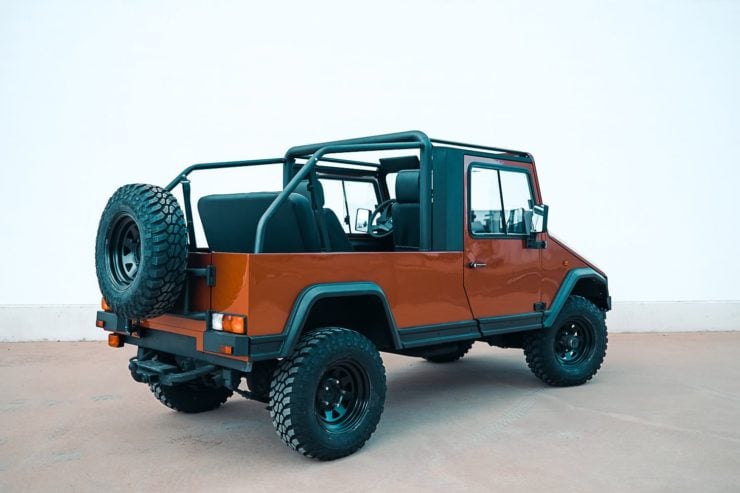 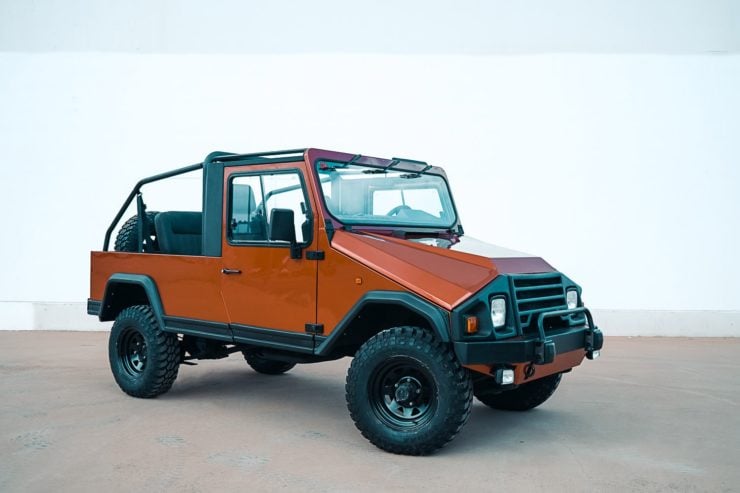 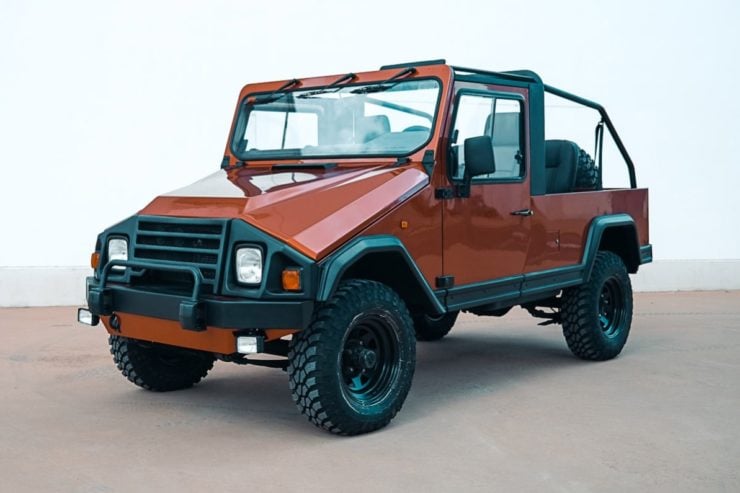 1 hour ago Darlene A. Cepeda