Last time I went to the H.A.M.B. Drags, it rained. And rained. And then rained some more. But that didn’t stop my friend Michael Starr and I from road-tripping across Missouri in his 1939 Ford. At that point, the sedan was new to the whole old car road trip thing. Now that I think of it, both of us were too. 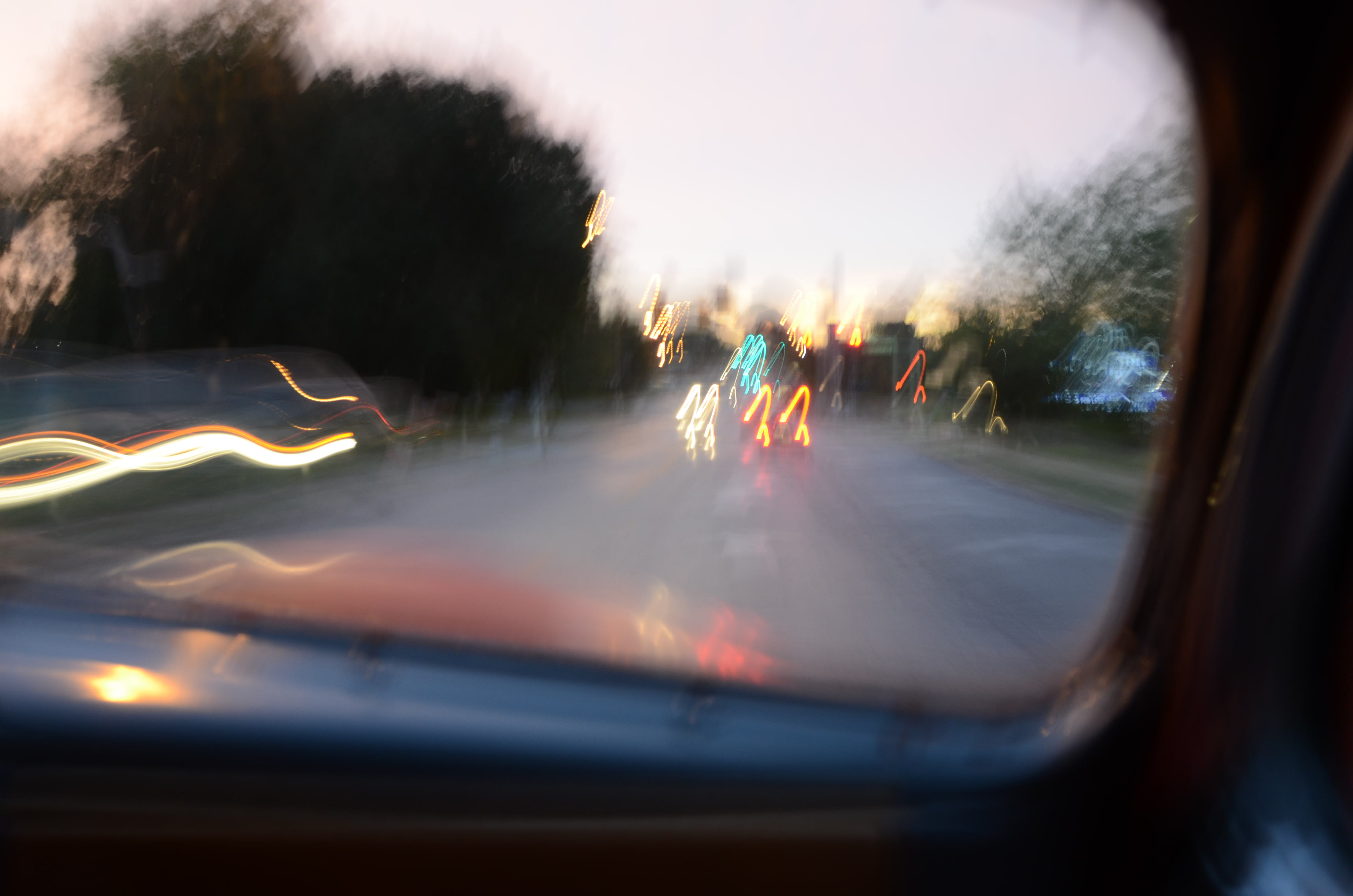 Nonetheless, we trekked from St. Louis to Joplin as the water soaked us from all sides. I remember the spray of semis and the rain making its way up from the running boards and into the cabin. Yeah, it was cold—but it was fun. I wouldn’t have traded that weekend for the world. 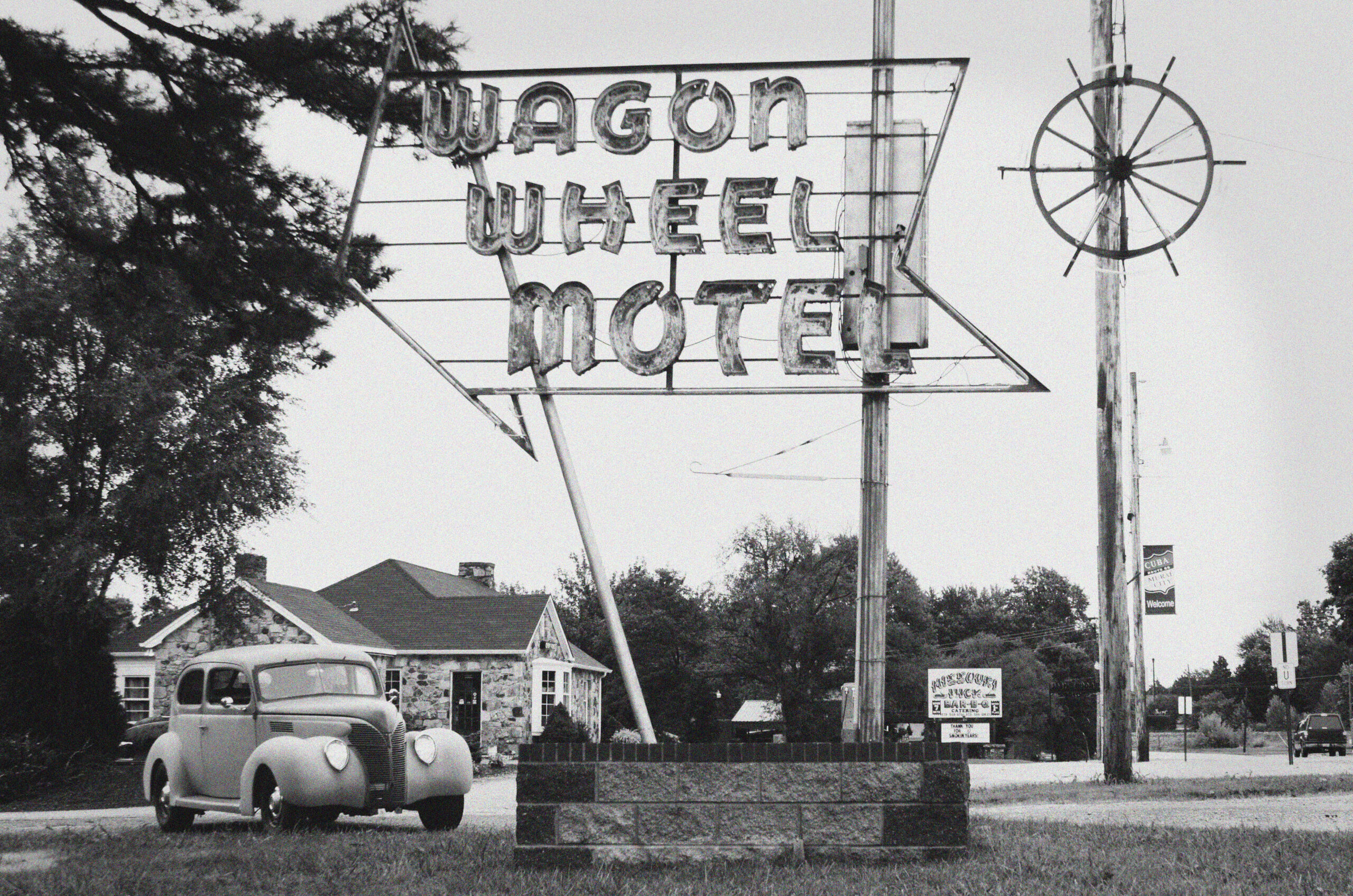 I’ve been thinking a lot about that adventure lately. So much, in fact, that I went back and re-read the feature in Rodder’s Journal #83 (“Off to the Races”) and felt incredibly nostalgic. I guess that’s how you know it was something big.

Anyways, right before the drags, we made a stop at George “The Bushmaster” Schreiber’s museum in Strafford, Missouri. In the past, I’ve referred to the place as a living scrapbook, and I’ll do the same here. Between the cars, the memorabilia and the memories, the entire setup is a sensory overload. 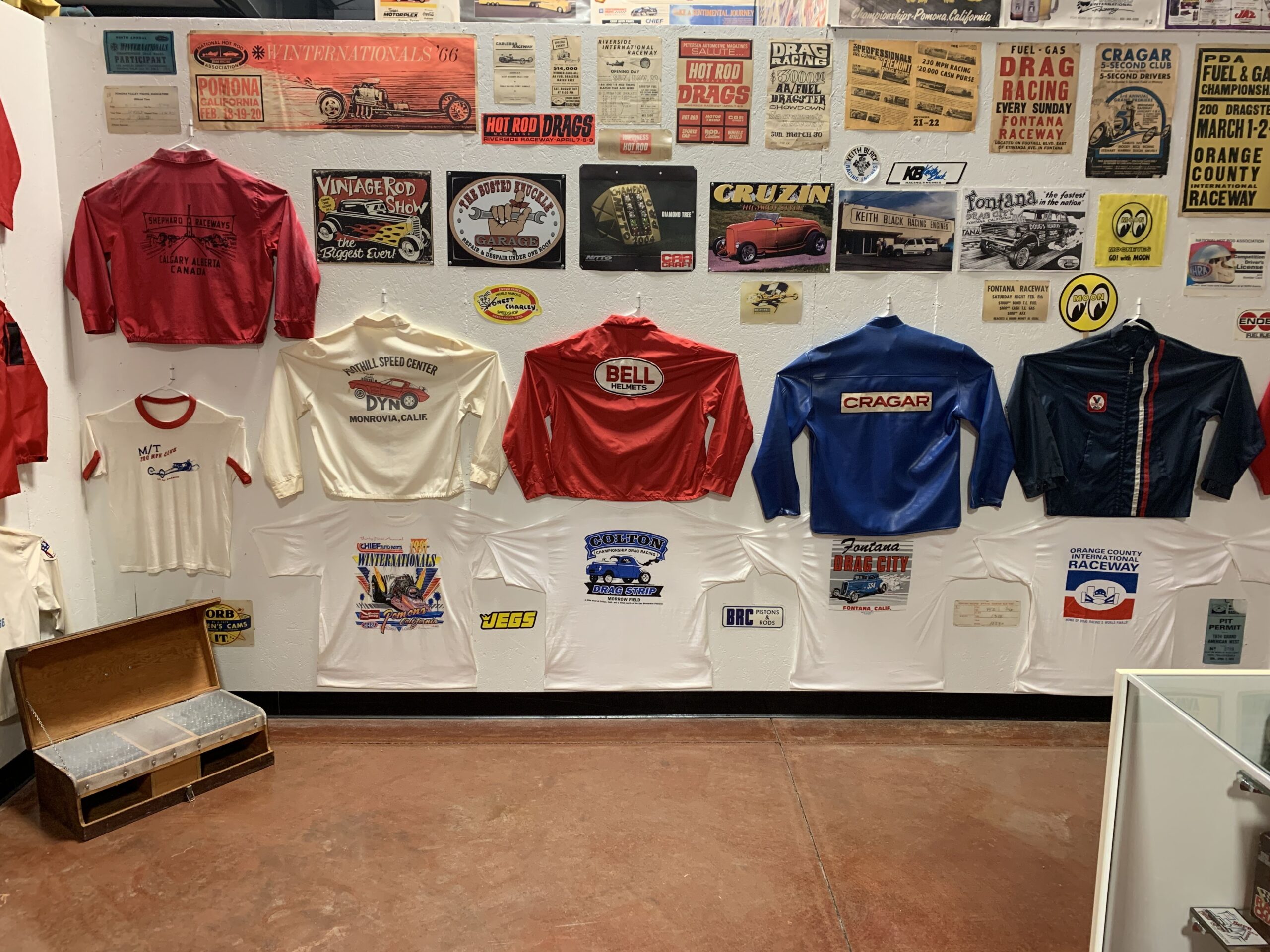 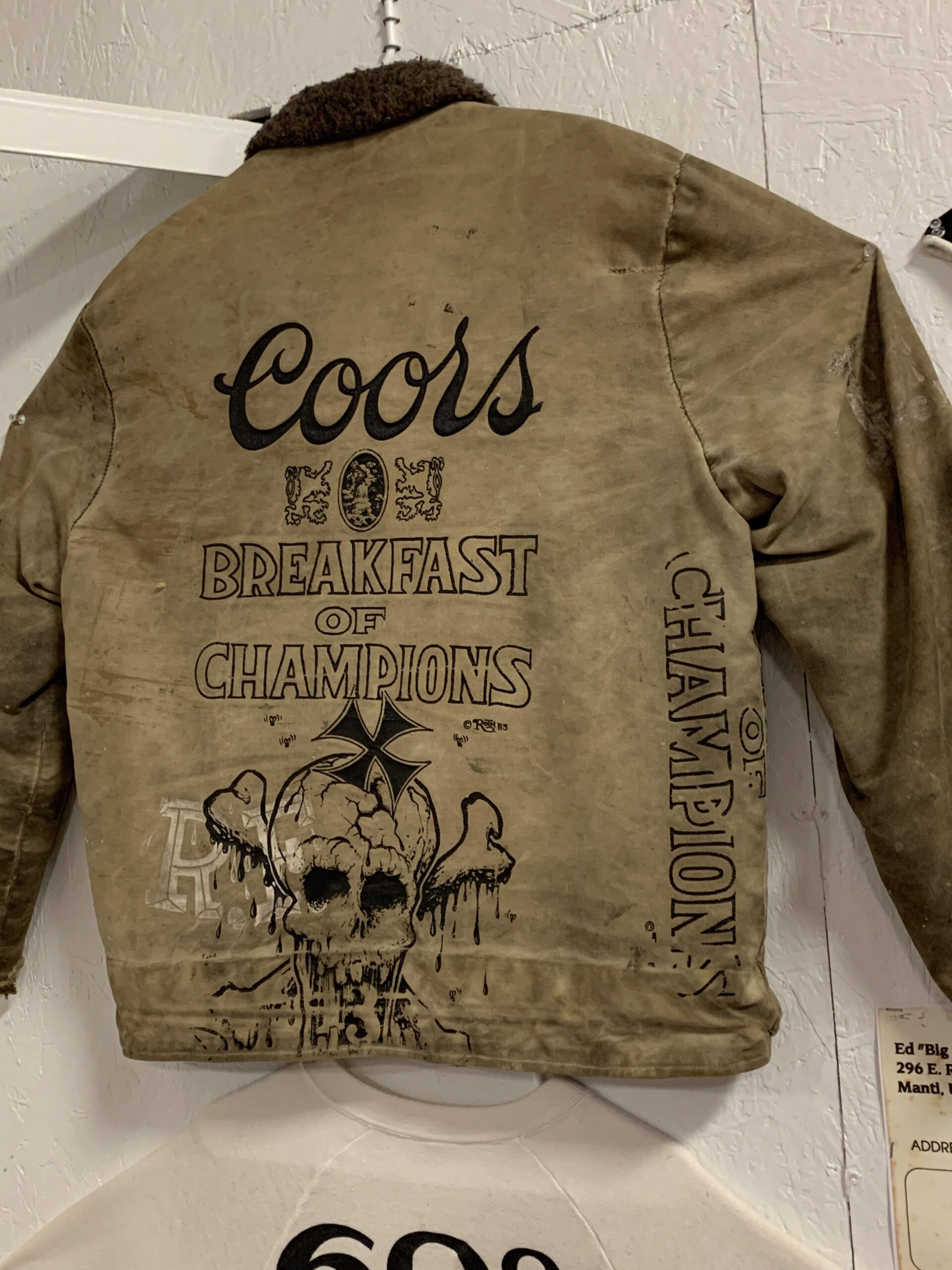 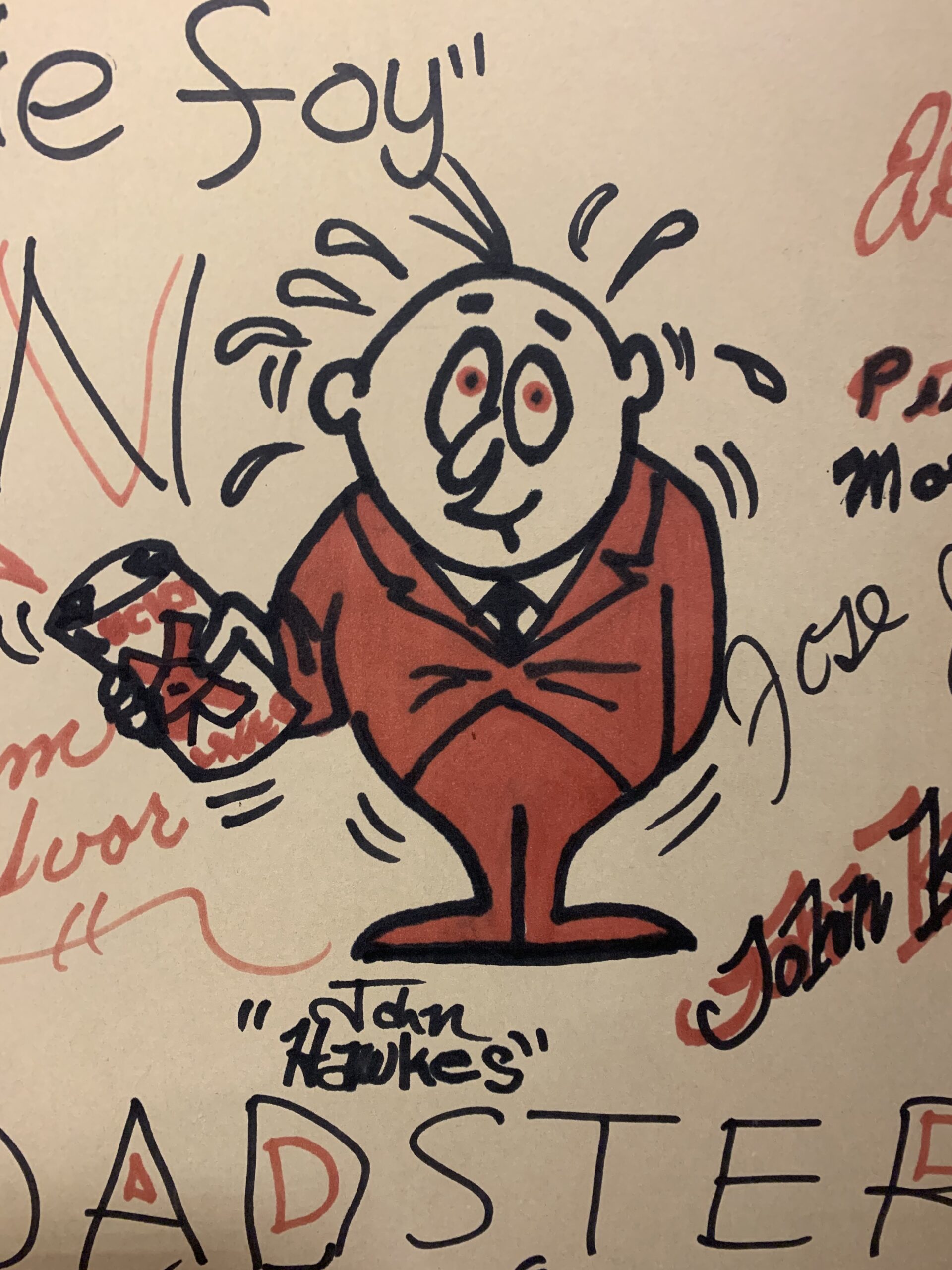 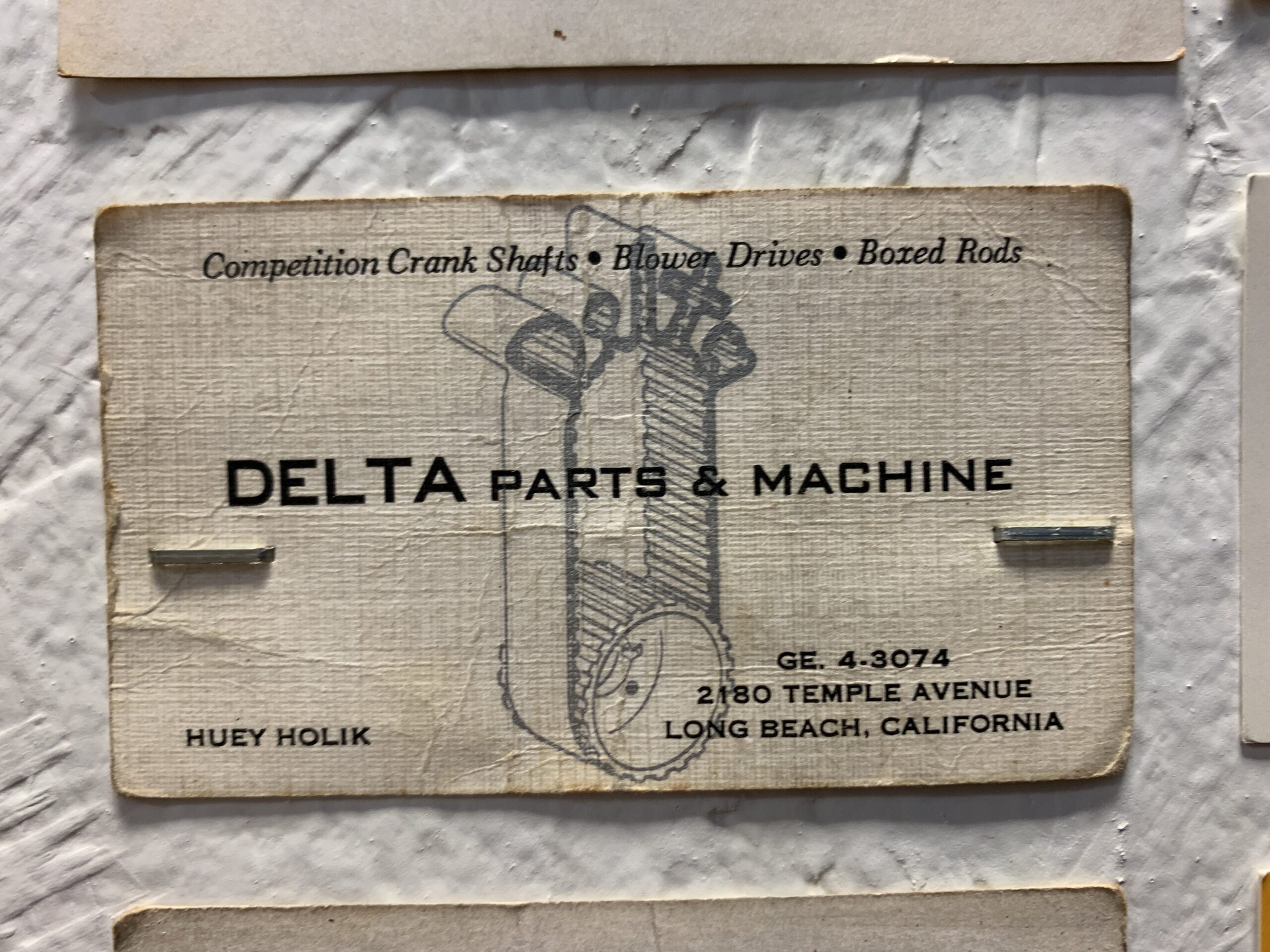 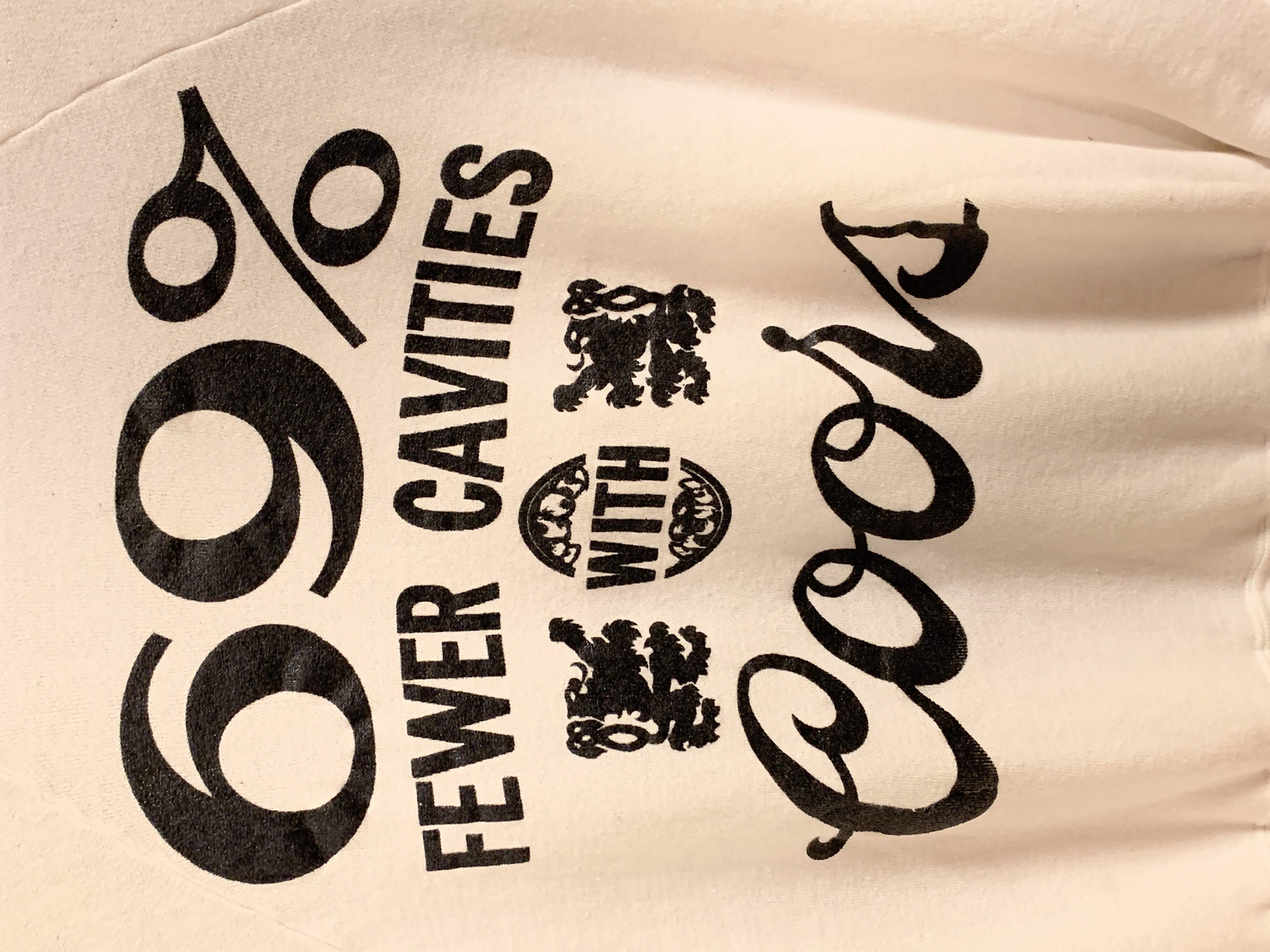 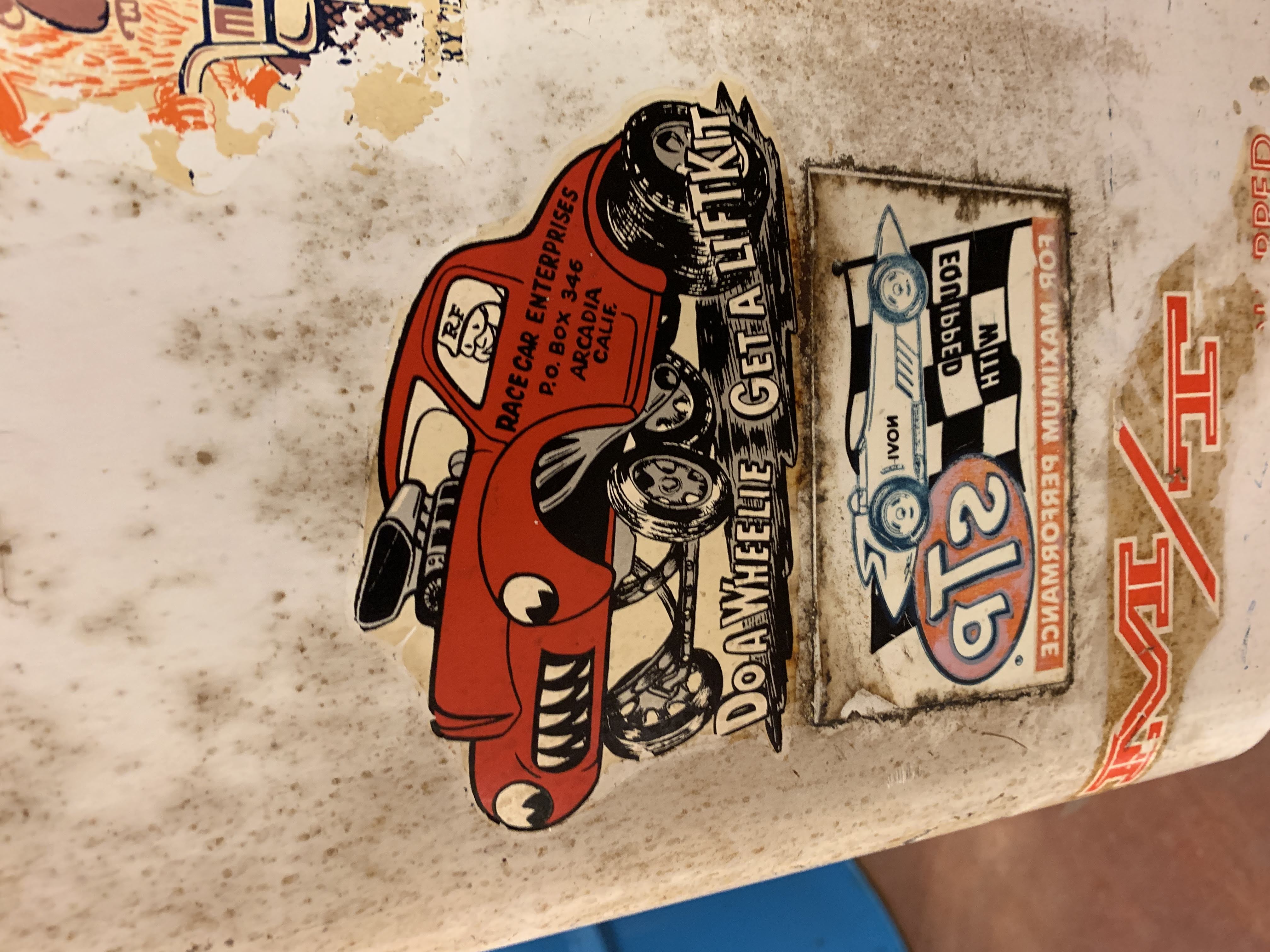 Originally from Montana, George has been involved in the world of hot rodding since he was a teenager in the 1950s. His path is a winding one, and he was more than happy to answer any and every question I had pertaining to drag racing, touring, partnering with Ed Roth on the “Yellow Fang” AA/Fuel Dragster and so much more.

Again, the meat and potatoes of that storyline made it into the TRJ article and sidebar. Today, I’m going to pick up on one small detail of the museum that’s remained with me to this day.

Back in 1959, the National Hot Rod Association held their biggest drag race of the year at Detroit Dragway. It was a groundbreaking event in a whole lot of ways, and it featured a long list of cars that we now consider legends, including the Ramchargers’ “High & Mighty,” “Ohio George” Montgomery’s 1933 Willys and Walt Knoch’s “Walt’s Puffer” A/Altered. As I scanned the walls of the Bushmaster’s museum with my hands behind my back, I noticed a souvenir from the ’59 Nationals that I had never seen before.

It was a pit pass unlike any other. Rather than being a square, rectangle, or any run-of-the-mill shape, this one was the silhouette of a 1932 Ford roadster. With no fenders and a full hood, there’s no denying that it had the quintessential hot rod look. Since then, I’ve asked myself: was it modeled after the McGee roadster? Or a different car? It’s hard saying not knowing.

Nonetheless, this pit pass stuck with me. I took a photo, saved it to my files and moved on. I knew I wanted to do something with it sometime, but I had no idea when that opportunity would come up. Over Christmas, that all changed.

Do you ever have an idea for a little project that you can’t get out of your head? I’ve had a lot of those lately, and one of the most recent revolved around that 1959 NHRA pit pass. Last fall, my good friend Yama challenged me to paint a gas tank for his old Harley. The premise was a simple one: do everything I possibly could do to make it match the set of fenders I had found in the East Bay earlier in the year.

As you may very well know by now, I tend to get carried away on assignments like this. Once the paint had finally dried, had a feeling that it just needed one more custom touch. That’s when I dug into my archives and pulled out the pit pass photo. With a little bit of Photoshop work, I created a graphic that paid homage to that mysterious 1932 roadster while also giving a nod to Yama’s shop. I was adamant that it had to be a foil decal. 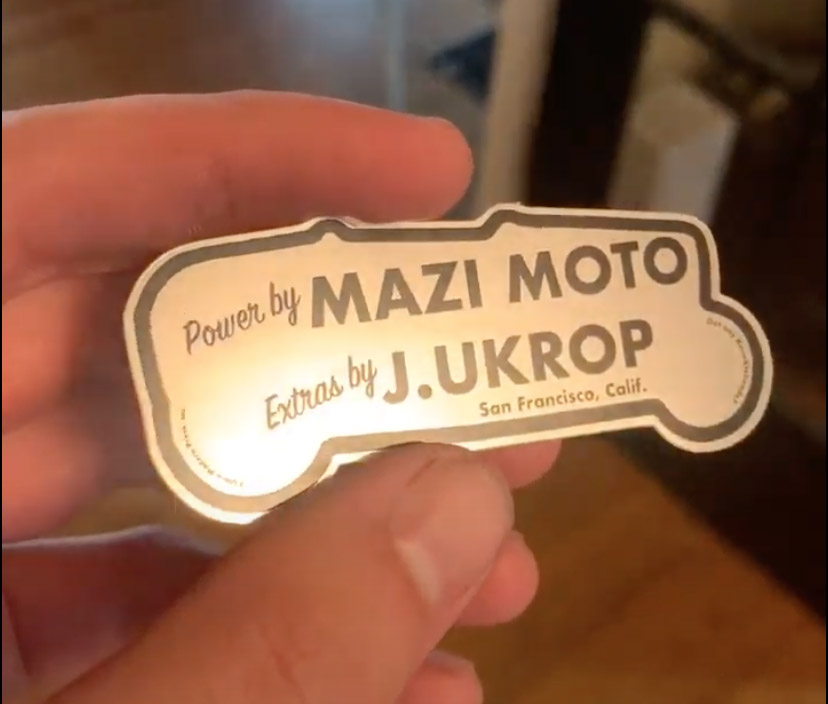 When it was all said and done, I was very happy with how it turned out. I haven’t designed my own stickers in nearly 10 years, and my only regret is that I didn’t have more printed. Hey, I guess that’s just motivation to make a new design soon.

P.S. If you’re looking to see my backyard paint job in its entirety, make sure to check out the video below. Sharp-eyed readers will also recognize my roadster right after the intro.

1 hour ago Darlene A. Cepeda