The Stellantis Hurricane engine will be available in standard (left) and H.O. (High Output) variations.

Stellantis, the parent company of Chrysler, Dodge, Jeep, and Ram in the U.S., revealed a new family of 6-cylinder engines dubbed Hurricane. The twin-turbocharged 3.0-liter inline engines are designed to match the power output of naturally aspirated V8 powerplants while being more fuel efficient and producing less pollution.

The Hurricane engines are also designed to be integrated into hybrid and plug-in-hybrid drivetrains due to arrive later in the decade.

The engines are expected to appear this year in Jeep’s Wagoneer/Grand Wagoneer family, and should become available in the Grand Cherokee line and in Ram 1500 pickups soon after. The Dodge Durango may also be made available with the Hurricane engine.

An inline 6-cylinder has not been offered in an American Stellantis-brand vehicle since the 4.0-liter six was dropped from the Jeep lineup after 2006.

The Hurricane twin-turbo achieves this V-8-rivaling performance while being up to 15% more efficient than larger engines. 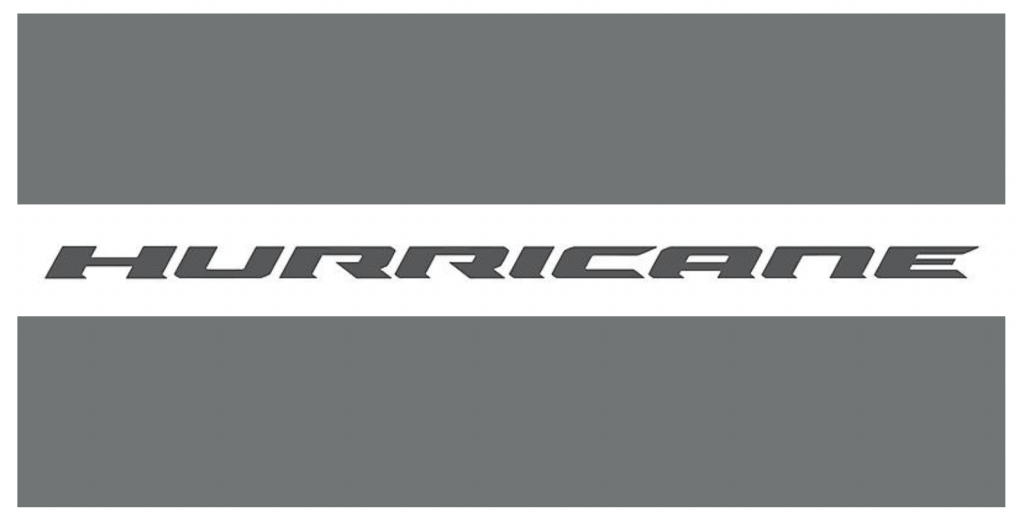 “As Stellantis aims to become the U.S. leader in electrification, with a 50% battery-electric vehicle (BEV) sales mix by 2030, internal combustion engines will play a key role in our portfolio for years to come and we owe it to our customers and the environment to provide the cleanest, most efficient propulsion possible,” said Micky Bly, Stellantis head of propulsion systems. “The Hurricane twin-turbo is a no-compromise engine that delivers better fuel economy and an important reduction in greenhouse gases without asking our customers to give up performance.”

Reducing greenhouse gas emissions is one part of Stellantis’ commitment to cut its carbon footprint by 50% by 2030 and to lead the transportation industry by achieving Net Carbon Zero by 2038. Those goals are key elements of the Stellantis Dare Forward 2030 strategic plan.

The Hurricane twin-turbo flexes its muscle with a broad, flat torque band that sees the engine maintain at least 90% of peak torque from 2,350 rpm all the way to its red line.

Specific horsepower and torque ratings will vary based on vehicle. The first vehicles powered by the Hurricane twin-turbo I-6 reach dealership showrooms this year.

The foundation of the Hurricane twin-turbo is a deep-skirt cast-aluminum block with a structural aluminum alloy oil pan. Cross-bolted steel main bearing caps contain the strong rotating assembly of a forged steel crankshaft and forged steel connecting rods. During manufacturing the block is deck-plate honed to optimize the cylinder bore shape, which helps improve fuel efficiency.

Goodbye Leaning Tower of Power: The Slant 6 Chryslers of 1983

The Incredible Power of Air
Each turbocharger in the Hurricane twin-turbo I-6 feeds three cylinders. From a performance standpoint, two smaller turbochargers with less inertia spin up faster and deliver boost to the engine at lower rpm than a single, large turbo.

The compressed air passes through an engine-mounted water-to-air charge air cooler to reduce its temperature before entering the intake manifold. Cooler air is denser, enabling better performance via advanced ignition timing, and helping manage in-cylinder temperatures. An electric pump circulates coolant after the engine is shut down to help cool the turbocharger units for enhanced durability.

The high-pressure direct fuel injection system runs at 5,075 psi (350 bar) and uses injectors mounted centrally in the cylinder head combustion chamber. This design promotes finer atomization and super-fine control of fuel delivery into the cylinder for the optimum air/fuel mixture, enhanced by the turbocharged intake air, for higher power and lower emissions.

Helping the Hurricane HO deliver its enhanced performance are lightweight, oil-jet cooled, forged aluminum pistons with an anodized top ring land and a diamond-like coating (DLC) on the pins to minimize friction. The Hurricane HO runs with a 9.5:1 compression ratio and uses 91 octane premium fuel.

What is Direct Injection?

Tough Coating for the Cylinders
Less friction, reduced weight and unparalleled wear resistance from a thermal sprayed microstructure of metallic and oxide components that metallurgically transform are the key benefits of the PTWA coating inside the cylinders, an alternative to the traditional cast-in-place or pressed-in cast iron cylinder liners. The PTWA coating is ultra-thin, compared with 3 to 4 millimeters of a cast iron liner and has 10 times the wear resistance.

Minimizing friction throughout the engine enhances its efficiency, reducing its emissions and fuel consumption.

The PTWA coating is applied to the Hurricane block during the manufacturing process at the Saltillo Engine Plant. The process, adapted from the aerospace industry, melts a steel alloy wire at 2,300 degrees Celsius (4,150 degrees Fahrenheit), producing microscopic particles sprayed onto the cylinder walls at high velocities, where the particles splat-cool to form the coating and form a physical bond to the aluminum cylinder bore. Honing the surface gives it a super-fine cross hatch pattern with controlled micro porosity for oil retention.

The PTWA spray process leaves more aluminum between the cylinders for better heat transfer and engine cooling. This enables propulsion engineers to optimize the air-fuel mixture and advance the ignition timing (spark) over a wide operating range, another mechanism to reduce carbon dioxide and other emissions.

New Member of the Stellantis Propulsion System Family
The 3.0-liter Hurricane twin-turbo I-6 shares design features, including bore and stroke and cylinder spacing, with the globally produced turbocharged 2.0-liter I-4. In North America, the 2.0-liter engine is currently available in the Jeep® Wrangler, Wrangler 4xe, Cherokee and recently launched Grand Cherokee 4xe.

The Hurricane twin-turbo I-6 is the primary internal combustion power plant of the future in North America for vehicles using the STLA Large and STLA Frame platforms.