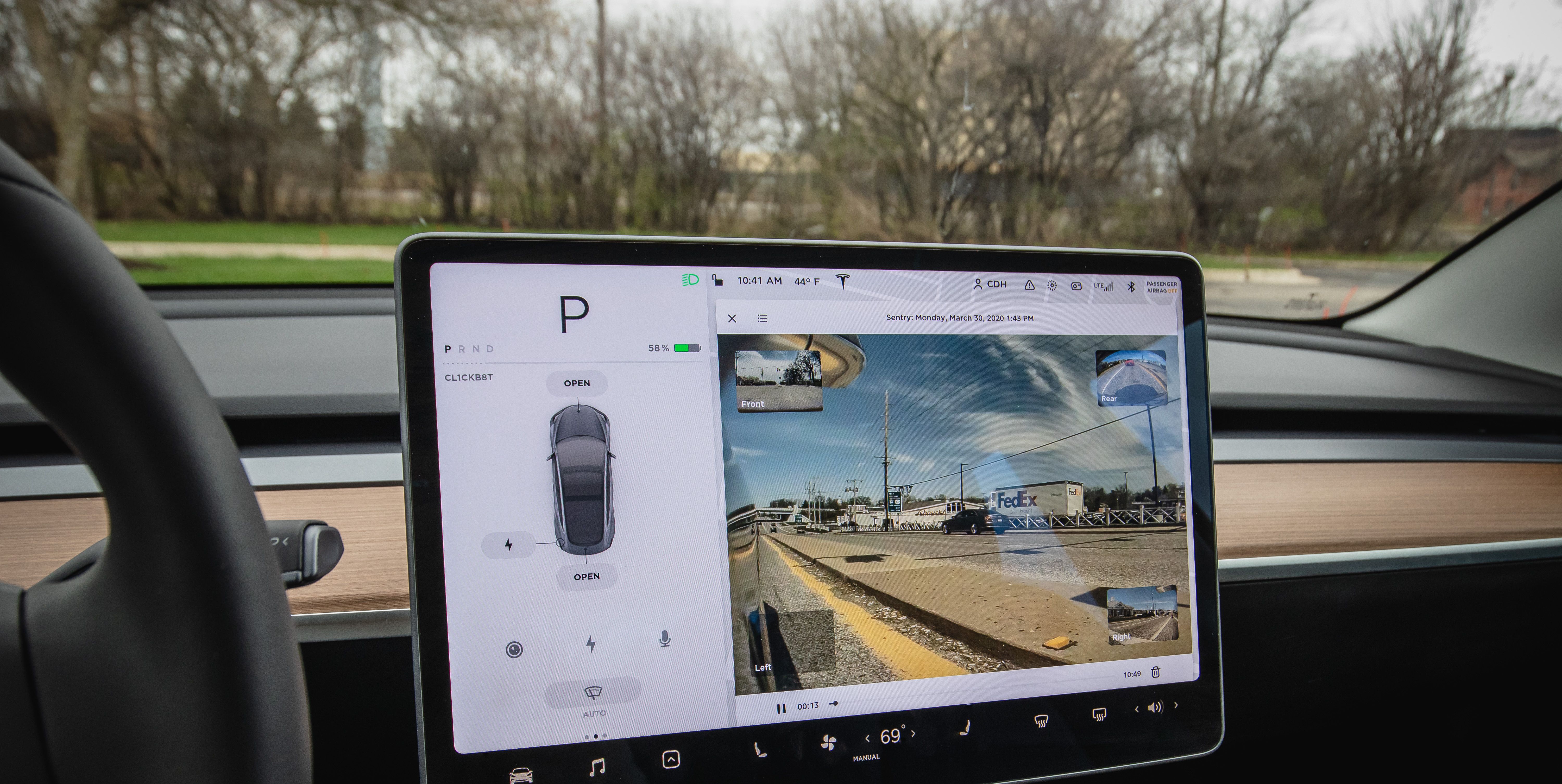 Our long-term 2019 Tesla Model 3 has eight cameras—three in front, two on each side, and one at the rear—that are used for the Autopilot feature, the Sentry mode security system, and the dashcam feature. That footage is now accessible directly from the Model 3’s 15-inch touchscreen with the latest software update (version 10.2, 2020.12.5).

To view the clips, touch the dashcam icon in the top right of the screen (it looks like a small camera) while the car is in park. From here, you still have the option to save footage, or you can hit “launch viewer” to view recorded clips. If the car is in drive, touching the icon will permanently save the clips just before and after, which is useful if the car is in an accident. Those clips are stored onto the owner’s USB drive, which can be plugged into either of the two ports inside the center console. Prior to this, in what was a surprisingly clunky execution, the USB drive had to be removed from the car and viewed on another device. And Tesla owners have already been clamoring for the next improvement: to be able to view the footage remotely, such as through the Tesla app.

Once the dashcam viewer is opened, all the saved clips are shown in a list and are labeled with the date and time of the recorded footage. Owners can switch between all saved clips or solely Sentry mode or dashcam clips. Once selected, the footage will automatically play and the user can toggle which camera angle is the main view via boxes on each corner of the screen. To see further ahead in the video or replay something, slide your finger across the slider at the bottom of the viewer. Here, footage can be deleted, too, by touching the trash-can icon at the lower right side of the screen.

In addition to the dashcam and Sentry mode viewer, the update has also added the ability to identify how many out-of-order Supercharger stalls a station has. To view the availability of stalls, simply touch the Supercharger station pin on the map.