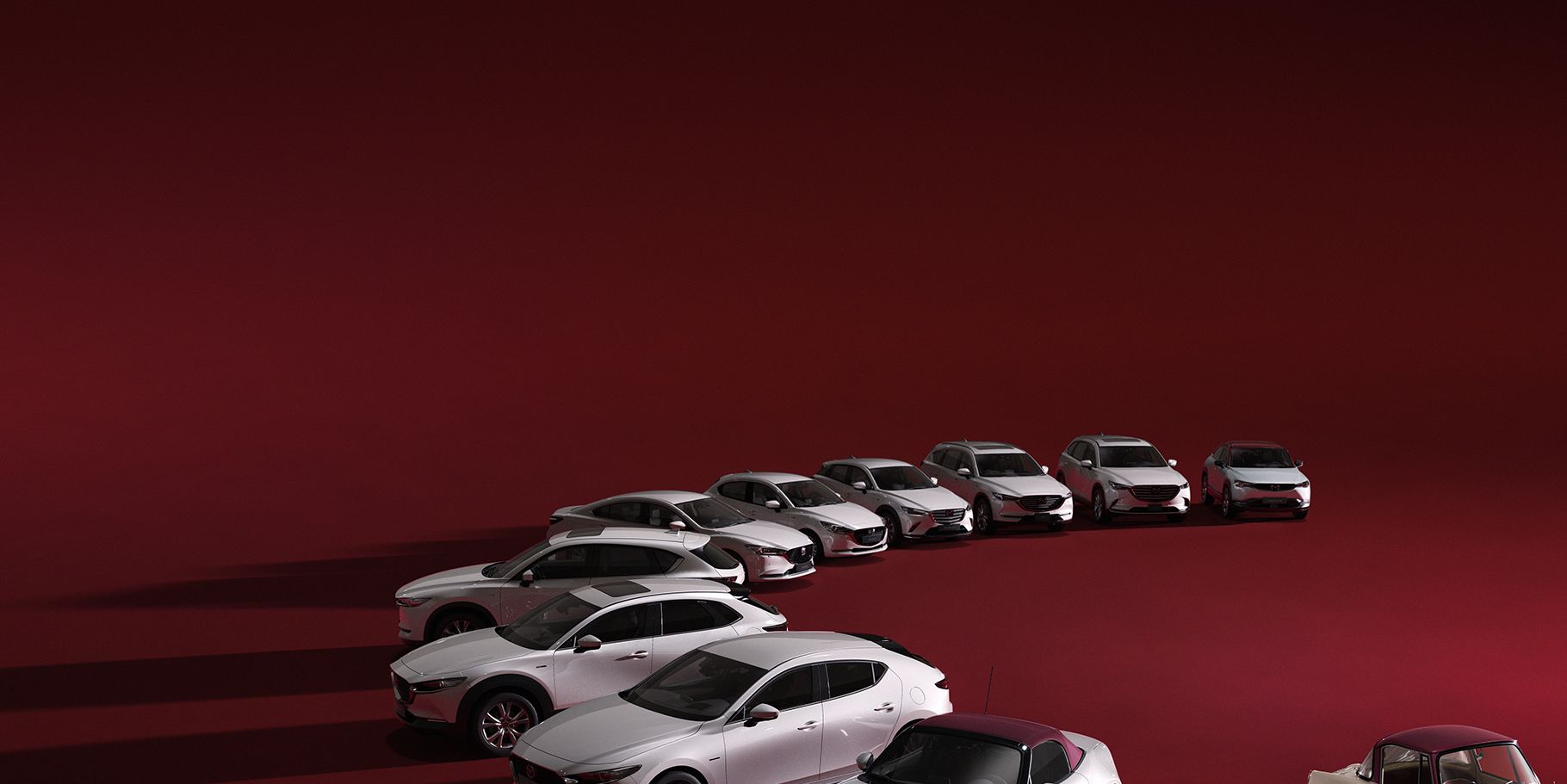 Anniversary editions are a dime a dozen in the automotive world, but that doesn’t mean we can’t appreciate Mazda’s special-edition treatment for the Japan market to celebrate the company’s centennial. The company that eventually became Mazda was founded in 1920 under the name Toyo Kogyo. The 100th-anniversary editions will cover the entire Mazda lineup, and they’ll feature an attractive white-and-red color scheme that pays homage to Mazda’s first passenger car, the R360 from 1960. U.S. availability has yet to be announced.

The Mazda 100th anniversary models all feature a white exterior color called Snow Flake White Pearl Mica and red interior trim. A special logo is found inside and out, adorning the wheel center caps, front fenders, headrests, floor mats, and even the key fob. The MX-5 Miata anniversary edition has a red softtop. This color scheme is to pay homage to the the R360, which offered a white body and a colored roof with a matching interior color scheme.

Mazda will make these anniversary models available in Japan starting in June, with the anniversary-edition Mazda 3 and CX-3 arriving first and the CX-30, CX-5, MX-5 Miata, and Mazda 6 coming later. We suspect they will eventually come to the U.S. market, but Mazda hasn’t yet announced availability for our shores.