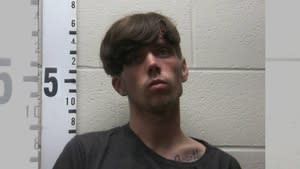 While many people were out enjoying their weekend on April 30 and May 1, 19-year-old Luke Hayden Jones was breaking into cars around Tipton County, according to Tipton County Sheriff Shannon Beasley.

An investigation turned up that several guns, large sums of cash, change and other various items were stolen from the cars, according to Beasley.

Jones, a Covington resident, was arrested on Thursday, May 5 and admitted to being a part of the burglaries, Beasley said.

“Luke Jones lives only a short distance from where he committed these burglaries so I hope the citizens in this area of the county will rest easier knowing he is behind bars. Mr. Jones wreaked havoc in this area for over 72 hours and he victimized many people but for now, his time is up,” Beasley said, in part, in a press release.

He has been charged with auto burglary.

Beasley said that the investigation is ongoing as the sheriff’s office works to recover the stolen items and search for others that may have been involved.

If you have any information about these crimes or anyone else who may have been a part of them, the Tipton County Sheriff’s Office wants you to contact them by calling the Criminal Investigations Divison at 901-475-3300, Central Dispatch after hours at 901-475-4300 or the tip line at 901-475-3307. You can also send tips to the sheriff’s Facebook page or email them to the sheriff’s office at [email protected]

Download the FOX13 Memphis app to receive alerts from breaking news in your neighborhood.