Land Rover Defender 80 Will Be Small, Affordable, but Still Rugged 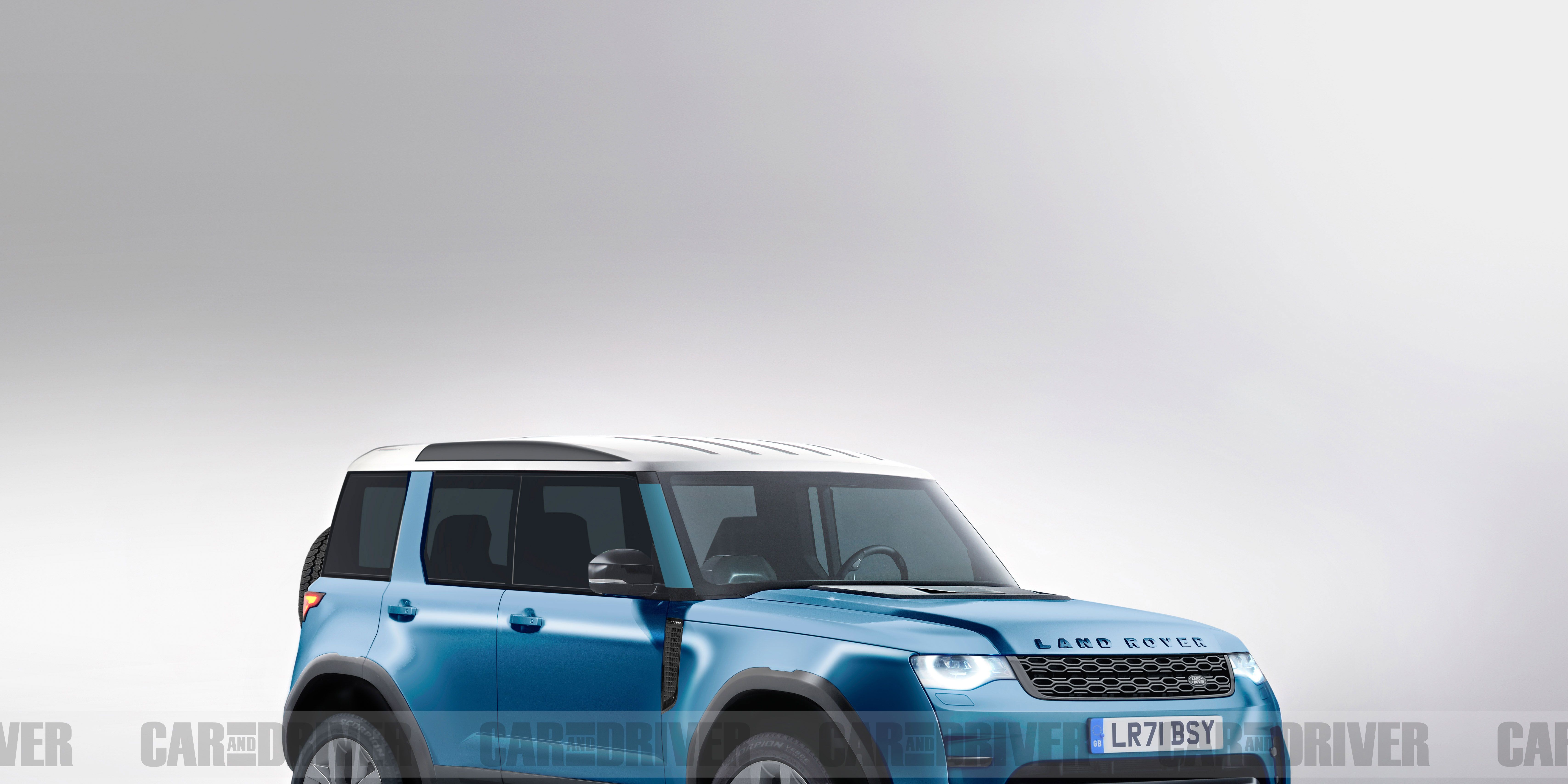 This story originally appeared in the May 2020 issue of Car and Driver as part of our 25 Cars Worth Waiting For package. Our sneak preview of the most exciting cars coming in the next few years draws on knowledge from leaked product-development plans, spy photos, and loose-lipped insiders mixed in with information that has already been officially released. The reporting for this story was completed in February and early March, before the auto industry began feeling major effects of the coronavirus pandemic. As many automakers are now delaying or pausing development programs, the debut and on-sale dates reported here may change.

The upcoming Defender 80 is a new baby Land Rover set to be positioned below the recently revived Defender in the brand hierarchy. If it reaches the U.S. market, it could provide a more affordable entry point to the off-road-oriented Defender range. U.K. media reports have named it the 80—given that Land Rover calls the two- and four-door Defenders the 90 and the 110, respectively—although there is no confirmation of that.

Land Rover will likely build the 80 in Asia on a platform shared with parent company Tata and related to the one that underpins the existing India-market Tata Harrier. Powertrain options should include JLR’s smaller turbocharged Ingenium engines, possibly including a three-cylinder, with hybrid and plug-in options.

When the Defender 80 arrives sometime in 2022, with prices starting just above $30,000, it could possibly compete with off-roaders such as the Ford Bronco and Jeep Wrangler—along with their smaller car-based derivatives such as the Bronco Sport and Compass. Aggressive cost cutting has blackened JLR’s balance sheets, but the company needs a megahit. A rugged, simple understudy to the Defender could prove hugely popular, especially as European buyers move away from bigger and less efficient models.