Fuel-Efficiency Standards Expected to Be Rolled Back on March 31 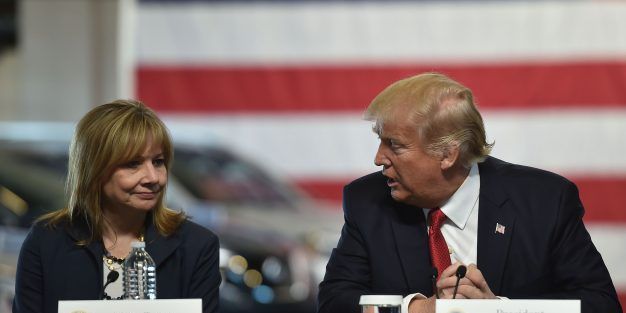 The Trump administration has been itching to roll back Obama-era fuel efficiency standards. According to the New York Times, the feds will issue final rules tomorrow, which were drawn up by the Department of Transportation and the EPA. When that happens, it is expected to start a chain reaction of court cases that could remain unresolved for years and put automakers in a sort of limbo as they try to determine how to navigate their vehicle road maps.

When Trump took office, automakers urged him to ease the Obama-era standards enacted in 2012 that required automakers to increase efficiency standards by approximately 5 percent per year until 2025. The industry hoped to reduce that to 2.4 percent. It was a goal that automakers were already set to accomplish without regulations. Instead, Trump’s rule would reduce the efficiency gains to 1.5 percent a year.

The ruling will also strip California of its ability to set its own standard. The state was issued a waiver under the 1970 Clean Air Act that allowed it to set its own rules. Trump wants the EPA to strip the state of that power. That has triggered lawsuits from California, which wants control over how pollution is emitted on its roads, and other states that follow the Golden State’s standards. California, of course, is the country’s most populous state and a huge market for automakers.

These suits could end up being presented in front of the Supreme Court and could take years to sort out. Regardless of the outcome, it creates uncertainty for automakers. With both the current California standards and Trump standards, the companies could end up with two vastly different versions of the same car.

Some automakers have already chosen a side. Volkswagen, Ford, BMW, and Honda have publicly opted to strike a deal with California to stick with the state’s more stringent emissions standards. That immediately triggered an anti-trust investigation by the Justice Department that has since been dropped.

The Trump administration has cited lower vehicle prices as the reason to lower emissions standards. Unfortunately, an internal White House cost analysis showed that while consumers could save up to $1000 on a purchase, their refueling costs would increase to $1400.

Those numbers were before the cost of oil plummeted. But it’s unlikely the current price at the pump will stay this low forever. The low-mpg car purchased today could cost big money to refuel in the future.

So while the Trump administration will likely announce its final fuel efficiency standards ruling tomorrow, it’s going to be a while before any of us knows what the actual fleetwide mpg will have to be in 2025.