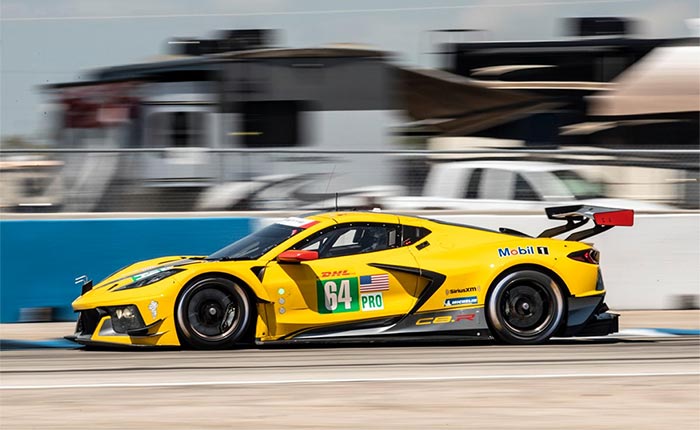 SEBRING, Fla. (March 18, 2022) – Corvette Racing made quite the impact in its first race as a full-time entrant in the FIA World Endurance Championship on Friday with a runner-up GTE Pro finish for Tommy Milner, Nick Tandy and the No. 64 Mobil 1/SiriusXM Chevrolet Corvette C8.R in a rain- and storm-shortened 1,000 Miles of Sebring.

Three red-flag sessions impacted the race, the final two coming inside the 70 minutes for continuous lightning and inclement weather in the vicinity of Sebring International Raceway. Milner was in the midst of a double-stint to the end when the race stopped just outside the five-hour mark. He enjoyed a five-second gap to Richard Lietz’s Porsche in third place and was about 35 seconds behind class leader Michael Christensen. 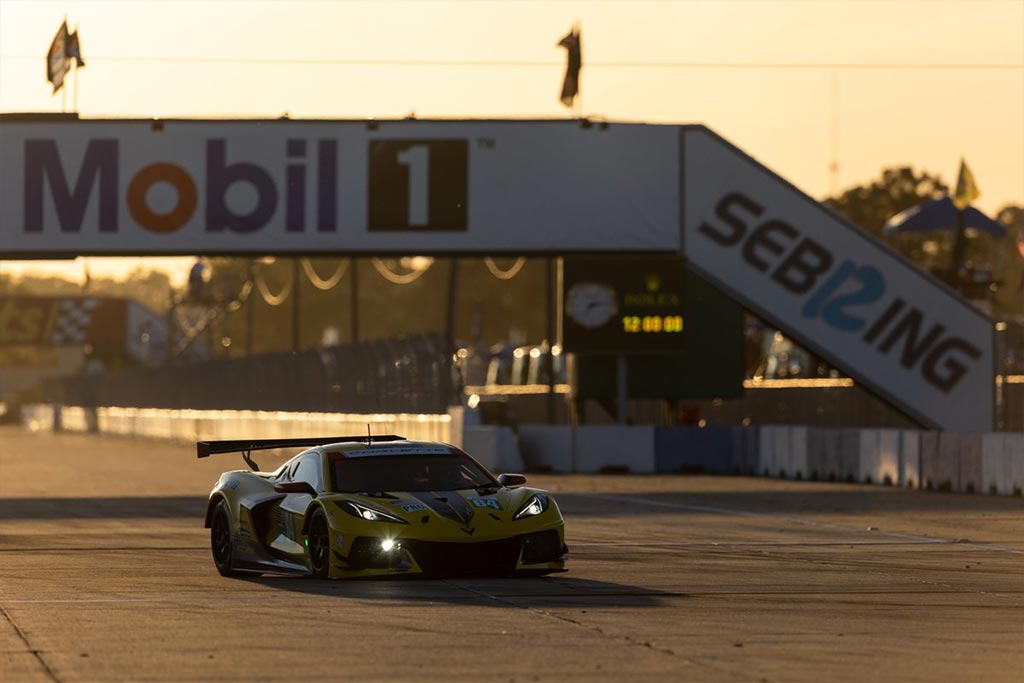 The second red flag turned into a safety-car period, which brought Milner right on the rear of Christensen’s car. Unfortunately for Corvette Racing, the third and final red flag came only minutes after with officials halting the race.

The Corvette C8.R led early with a strong opening double-stint from Tandy and his durable Michelin tires. In his opening two hours, Tandy set the fastest race lap – which he bettered twice later in the event – in the first two hours before handing off to Milner. He led for a significant portion of his stint and by as much as 24 seconds, even while running his second stint with used left-side tires and new right-side tires, before the race’s first red flag for a heavy accident for one of Toyota’s Hypercars.

The stoppage wasn’t helpful to the team’s tire strategy for the end of the race. On the restart, the GTE Pro field was mired in traffic with Milner getting hit from behind by an LMP2 car. The contact knocked the driver’s side door on the Corvette askew, and the team lost time getting the door to relatch when Milner stopped for a change back to Tandy with 3:15 left.

The Corvette moved back up to second when one of the Porsches had a pit-stop issue of its own. Tandy swapped back over to Milner with 1:45 left with the American holding off a challenge from Richard Lietz in the 91 Porsche before the red flag.

The next round of the FIA World Endurance Championship is the Six Hours of Spa on May 5-7. It will be Corvette Racing’s second straight appearance at historic Spa-Francorchamps.

“It definitely was a weird race with the red flags. The first one really hurt us and put us on the back foot a little bit with strategy. The second one probably was going to help us slightly to help us close the gap to the leader. They still had an advantage on fuel. I don’t know if they were holding back on pace to go two laps longer than us or what it was. All things said, I was really happy with second place. Nick did an awesome job at the start. He was really, really fast. My first double-stint was going OK until the first red flag. We were really sitting ducks big-time there with the other cars on newer tires. My last stint felt a lot better. I was able to hold the 91 off and stay ahead of him. That was the race for second on the podium. We’re happy with that.”

“I’m really pleased with the start of our season. At one point, it looked like things could be turning south pretty quickly. But in the end, we’ve come out with a podium and second-place finish. More importantly, this was a competitive showing. I’m very pleased with the team, the car, the work we’ve been doing with Michelin and everything else. Today the luck didn’t play out in our favor. We had a good strategy with double-stinting tires; we were a bit off-sequence on fuel strategy and the red flag hurt us. At that point, it looked like we could be fighting for fourth. To finish up P2 is a very pleasing start. We can be confident going ahead Spa and proud of what we’ve done this week.” 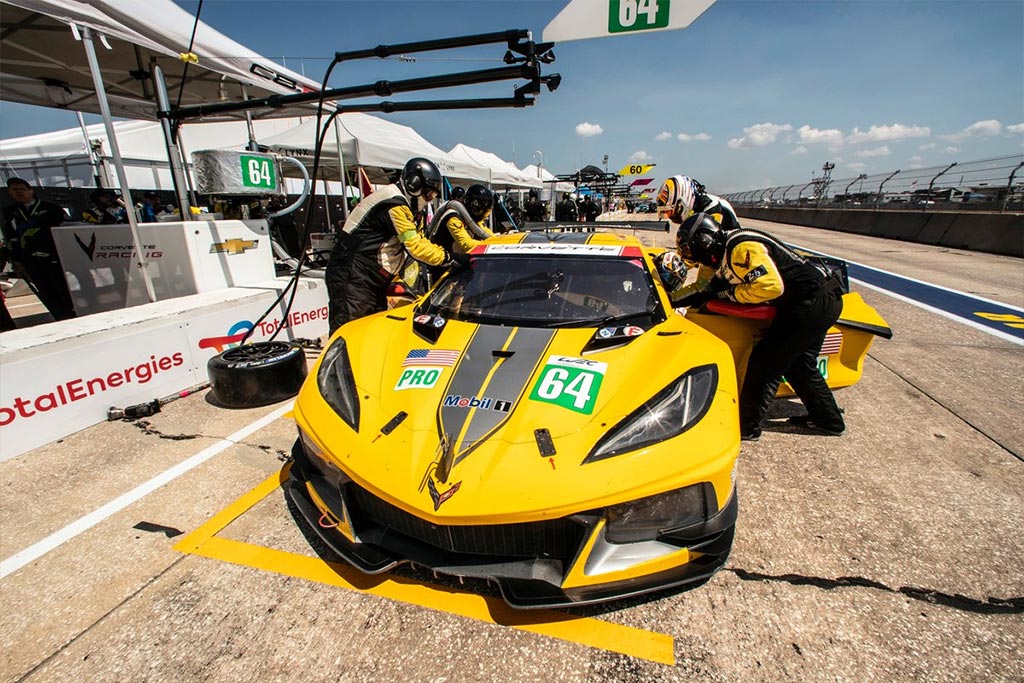 [PIC] No.64 Corvette C8.R Returns to its Roots with a Yellow/Black Livery for the WEC