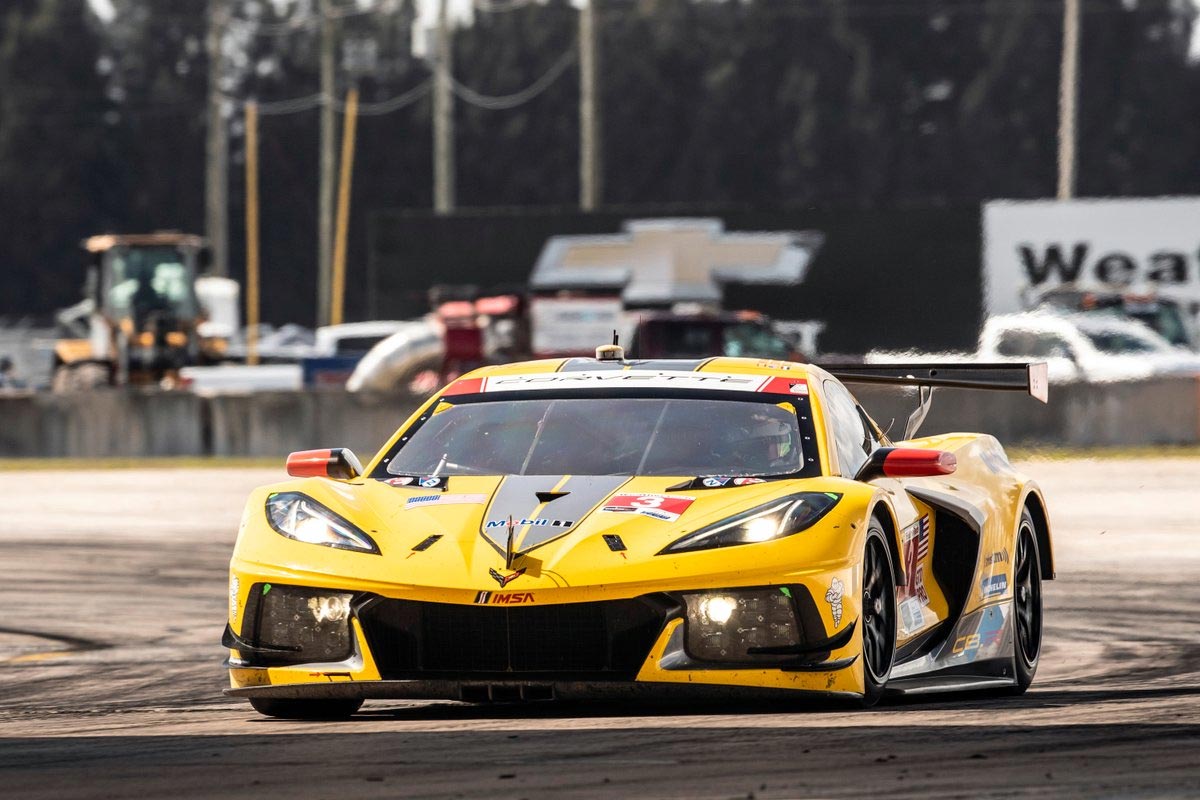 No. 3 Corvette C8.R leads early, in contention for another Sebring class win

SEBRING, Fla. (March 19, 2022) – Corvette Racing is in contention again at Sebring International Raceway with the team’s No. 3 Mobil 1/SiriusXM Chevrolet Corvette C8.R leading throughout the first half of the Mobil 1 Twelve Hours of Sebring on Saturday.

Nicky Catsburg ran third in the GTD PRO class and was in the middle of his second stint as the race went yellow for the fifth time in six hours. A quick pit stop by the Corvette Racing crew – not the first one today – moved Catsburg up a spot to second before a restart with five hours, 35 minutes to go.

All three Corvette Racing drivers – Catsburg, Antonio Garcia and Jordan Taylor – each spent time at the front of the field. Garcia set the table from the beginning as he advanced from his third-place starting position to the head of GTD PRO. He passed six cars in his opening two hours before handing off to Taylor for a three-hour run.

Corvette Racing has won 12 times at Sebring since 2002 with 11 of those coming in the 12 Hours. Garcia is a three-time winner at Sebring with Taylor winning once. Chevrolet ranks second in all-time manufacturer victories in the 12 Hours with 40.

“Everything is running pretty smooth. There were lots of question marks coming into this race. We didn’t really know the best way to drive on this tire. We pretty much guessed and it went well, I must say. I started to see everyone else struggling a little bit more than us on the tire. Things ran well. I knew it was more about the last 10 laps of a stint than the first 20. I planned on that and it worked out. On the second stint we kind of kept the same gap, even if at times the other cars were faster and catching me. The biggest thing was the last 10 laps and opening the gap again. It’s difficult out there. The car is good in certain areas but the others are good in their own areas. It will be hard to race them later on but we’re in the best position right now.”

“So far so good. When we’re out front and in clean air, the car is quick and competitive. I was having to hold cars behind me off and hold on for dear life on my first stint but the second stints went really well. We were able to save some fuel and push the stints a little bit longer. The full-course yellows seem to be really long. On one of the wave-around procedures, we ended up behind a bunch of the GTD cars. I think late in the race, the restarts are going to be really tricky and important to separate yourself from other cars. Hopefully that doesn’t manipulate the race too much. As long as we can keep the car up front and keep track position, I think we’ll be in a good spot.”

SIMILAR FEEDBACK BETWEEN ALL THE DRIVERS:“We knew coming in that this was going to be a tricky car to drive in the heat. Relative to everyone else, we’re in pretty good shape. It seems like everyone is fighting the same issues. Antonio and I had a lot of the same feedback. On my first stint, I felt so lost out there with how tricky it was. Once I understood the style you needed to get the car around the track, things were pretty straight-forward and it seems like Nicky picked up right where we left off.” 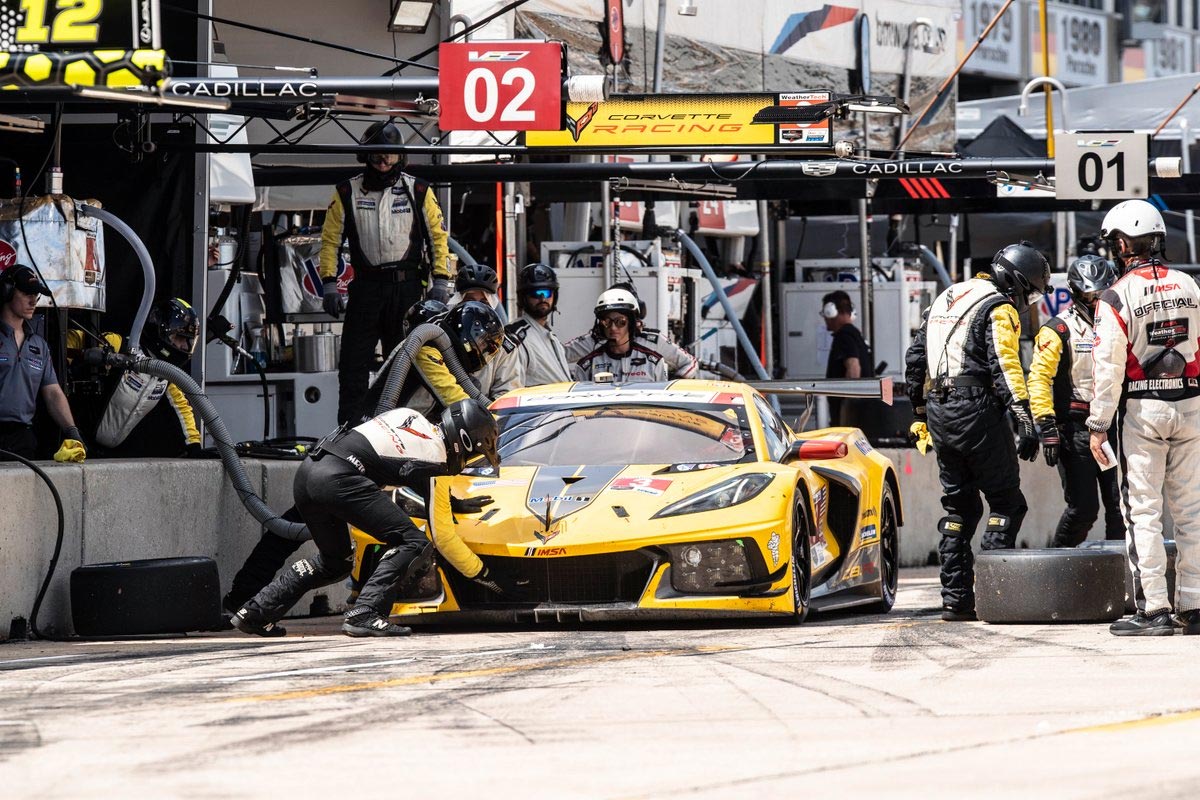 IMSA Sets BoP for Sebring and Of Course More Weight Was Added to the Corvette C8.R