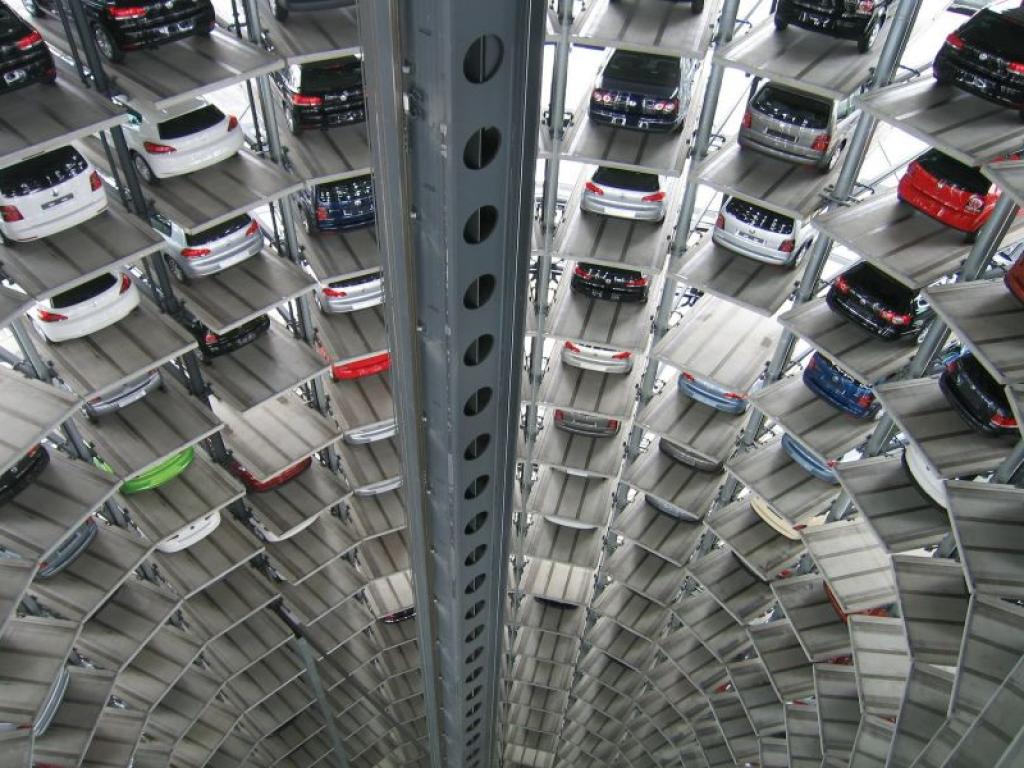 What do you do when macroeconomic factors beyond your control put a damper on your business? You look to the future and try to prepare for when things will get better.

That appears to be the approach at car trading specialist Cango Inc. (NYSE:CANG), whose latest earnings report reflects a company trying hard to shift gears in the face of major economic headwinds. Cango started out as an auto financier, but is now turning its focus to auto trading and related services like insurance. It also sees a big future in new energy vehicles, which it detailed on its earnings call following the release of its results last Thursday.

Cango shares fell 11% the day after the announcement, and continued to sag after that – not exactly the strongest reception to its ongoing transformation story.

But the reality is that investors probably didn’t even notice the company’s results, and instead were selling off just about any U.S.-listed Chinese stock, leading to a 17% plunge for the broader Nasdaq Golden Dragon China Index that day. The rout occurred after the U.S. securities regulator reminded everyone that all such stocks could be delisted under U.S. law if Beijing and Washington fail to reach a deal on how to share auditor records for U.S.-listed Chinese companies by December 2023.

Cango addressed the issue briefly on its investor call. But like many others, it is taking a more wait-and-see approach to how talks between the Chinese and U.S. securities regulators develop.

Accordingly, we can pin last week’s big drop in its shares on external circumstances beyond Cango’s control. But even without those regulatory rattles, the company was already facing stiff headwinds from a slowdown in China’s auto market dating back to 2018. The global auto market has also faced difficulties due to a recent microchip shortage. Cango’s original auto financing business has also come under scrutiny as China’s financial regulator tries to stamp out risky lending practices.

And last but certainly not least, let’s not forget the global pandemic that has led to frequent disruptions as businesses are forced to temporarily close and people to stay at home when local outbreaks occurred.

“The automotive industry was put to multiple tests with chip and power shortages and ongoing supply chain disruptions as Covid-19 has become part of the new normal,” CEO Lin Jiayuan said on Cango’s earnings call. “Looking ahead, we remain cautious regarding the near-term outlook owing to factors including renewed Covid-19 outbreaks, global chip-shortages and other challenges to the macro environment.”

Against that backdrop, Cango posted fourth-quarter revenue of 1.05 billion yuan ($165 million), up from the 800 million yuan in the third quarter but down slightly from 1.1 billion yuan a year earlier. In this instance the sequential view is probably a better indicator of where the company is going than the year-ago one, since Cango’s business in this year’s fourth quarter looked quite different from where it was a year earlier.

All that said, we’ll spend the second half of this space looking at Cango’s ongoing transformation and how it’s progressing.

In addition to the shift away from auto financing and into car trading and related services, the company is also trying to build up a focus not only on new energy vehicles (NEV), but also on China’s smaller cities that often get overlooked by many car brands due to their relatively low consuming power and high price sensitivity.

At the highest level, Cango’s move into trading and away from car financing was apparent in the changing mix between the two categories. Car trading transaction revenue totaled 703.9 million yuan in the fourth quarter, accounting for 67% of total revenue for the period. That was up sharply from the previous quarter, when car trading revenue accounted for 53.6% of the total.

At the same time, the company’s auto financing revenue totaled just 252 million yuan in the fourth quarter, down sharply from 398.1 million yuan a year earlier, and now accounting for just about a quarter of the total. The company made it clear there are no plans to exit auto finance, but rather that the business will become just one part of the broader array of services it is aiming to offer around its core auto-trading services.

Then there’s the NEV push, which looks particularly prudent as China aggressively promotes clean-energy vehicles as part of its efforts to clean up the country’s air and achieve its goal of going carbon neutral by 2060. That push, combined with government incentives, fueled a 160% jump in China’s NEV sales last year, which reached a record 3.52 million units. That huge jump contrasted with broader auto sales, which managed to post a small 3.8% gain for the year to 26.3 million units, marking the first annual increase since sales began contracting in 2018.

Cango noted that 5,742 of the roughly 23,000 cars it sold last year were NEVs, meaning that subgroup accounted for about a quarter of its total. It noted the company has deals in place with local names like Xpeng (NYSE:XPEV, 9868.HK)), Arcfox and Li Auto (NASDAQ:LI, 2015.HK)), as part of its effort to build up that part of the business by embedding its services in those companies’ NEV models.

Cango managed to post a fourth-quarter profit of 124.1 million yuan, though much of that was due to a one-time gain related to its selling of a stake it held in Li Auto. On an operating basis the company reported a 157 million yuan loss, citing risk assurance liabilities and provisions for credit losses, as well as declining margins for some of its services.

Cango is hardly alone in the bumpy road it’s traveling. Larger rival Autohome (NYSE:ATHM) earlier reported bleak fourth-quarter results, including a one-third contraction in its revenue, and an even larger decline that saw its profit drop to 268 million yuan from 1.1 billion yuan a year earlier. That shows how all car traders are facing tough times in China these days. In Cango’s case, at least, such an environment offers a good time to fine-tune its new direction so it can quickly step on the accelerator for whenever a recovery finally emerges.