So Cool Video: Watch This Guy Take A V-Twin Compressor and Turn It Into A V-Twin Gas Engine 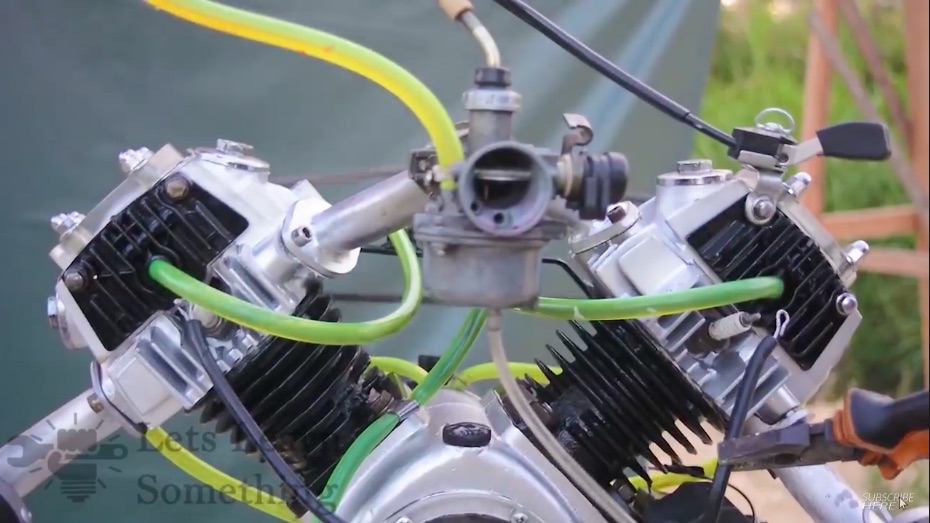 This is 100% a “because you can” project and that is why we’re kind of in love with it. You are about to watch a guy take a V-twin style air compressor and turn it into a V-twin gas engine. Now, that seems like something that wouldn’t be all that hard when you just say the words, but consider that he has to adapt heads, develop an oiling system, intake manifold, fuel system, ignition system, and the whole nine yards. The thought that goes into this build is our favorite part because every time we arrived at a, “How’s he going to….” roadblock, it instantly became an, “Aahhhh, that’s smart!” style response. Hell, listening to the thing run is pretty spectacular at the end.

There’s loads of reasons to hate the internet, but to us, stuff like this is a saving grace. Why? This guy, who we think is in Southeast Asia somewhere is likely making a decent living off of YouTube showing off his skills. Skills that were likely developed from wrenching and working with his hands for a long time. Either that or the dude is a child genius but as you will see here, there is plenty of fabrication, engineering, and downright smart thinking employed in this thing.

Press play below to see this dude turn a V-Twin air compressor into a V-Twin engine!

Roadside Magic: Watch These Young Guys Craft A Fresh Radiator Out Of Pieces From An Old One