Around the world in a Dacia Sandero

We spend some money, spin some wheels and win a few prizes. And look, I’m not going to judge which California is better, because it’s quite cold and I’ve got to get to Boston. In the US, you could pick up the historic Route 66 for most of the California to Boston route. Not us, not when there’s East Anglia to navigate. Get your kicks mostly on the A47.

And then drama: the petrol runs out. The 50 litres and a bit (a refill to full is 52.21 litres) has lasted us 573.8 miles. The Sandero doesn’t automatically switch over to LPG. It takes a good few cranks to restart the engine and an engine warning light seems no great fan of it being run dry, although it quickly gets over itself.

There’s more power and torque on LPG, but in general driving you would be pushed to notice, especially if you’ve stopped and restarted. You will feel a bigger difference if you flick between the two on the move. 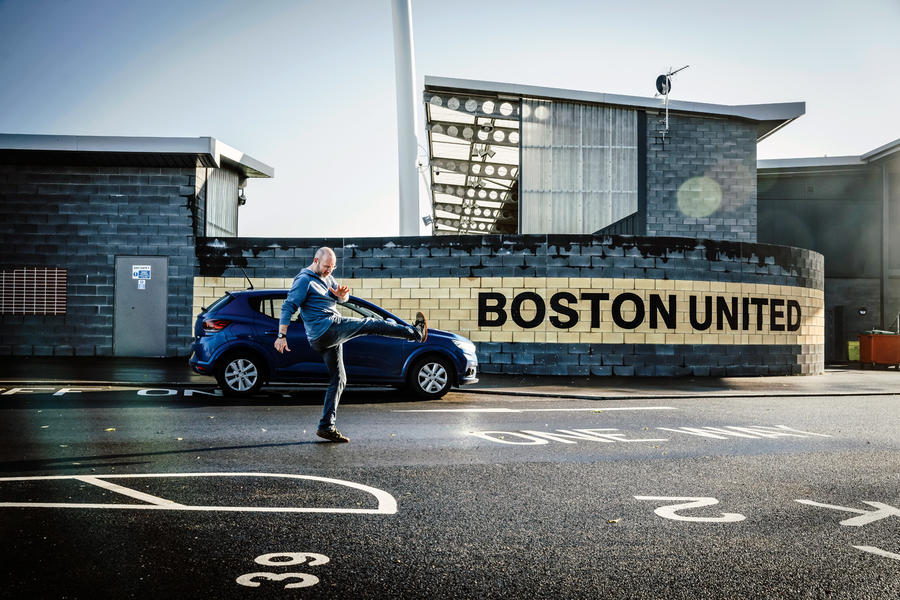 Now on LPG only, though, we hit Boston, whose rather sparkly new football stadium is on the outskirts, (2pm, 627 miles), appropriately on Pilgrim Way. At the time we pass, The Pilgrims are apparently having doubts about their manager, with whom they will later part ways. If I’d have known (as former playermanager of London Colney’s Pear and Partridge FC), I would have dropped in my CV.

Instead we head for Bermuda, not far from Nuneaton (and the MIRA Proving Ground). In a maze of industrial estates and housing estates, Bermuda village – don’t laugh – proves tricky to find. But it’s there (5.30pm, 726 miles), Bermuda Road leading to Bermuda village and with a bus turning circle around a small green with a postbox on it that, if you were to squint a bit, you could pretend had three sides and was therefore a veritable Bermuda triangle. Or not. It has been two rather long days.