This is a restored Polaris Sno-Traveler K-95 from 1963, it’s a model we’re not used to seeing much of as the vasty majority of them were eaten up by rust or scrapped as newer, faster models were released.

It’s generally accepted that the snowmobile as we know it today was invented by Joseph Bombardier in 1935, with a track drive system in the rear and skis up front for steering. This basic layout had already been in use on automobile-based snow vehicles since at least 1915.

The Importance Of The Snowmobile

The invention of the snowmobile was a critically important innovation for those who live in the northern US, Canada, and Alaska. Along with other snow-based vehicles like the Bombardier B7, the snowmobile made winter transportation far easier than it had ever been before.

Above Film: This 16mm silent film from 1960-1961 shows a family testing out a Polaris Sno-Traveler snow machine in front of the Alaska Marine store, it was filmed by Anchorage resident Victor Rovier, aka “Pioneer Pete.”

This in turn allowed people to venture further from home in the winter, and to socialize more than had been previously possible. This increased socialization was incredibly important for many, as it reduced the solitude of the long cold winters in the north.

Early snowmobiles had been developed for use by hunters, trappers, and anglers but they were quickly adopted by those who wanted to use them solely for fun.

Cross country endurance races were organized as well as shorter circuit based races, and the age of the snowmobile began in earnest.

Today, snowmobiles are a vital part of cold climate life and for many it’s impossible to imagine life without them.

The Creation Of A Clandestine Prototype

The Polaris Sno-Traveler is one of the earlier production snowmobiles. Back in the early days of the automobile people had been experimenting with turning their cars into rudimentary snowmobiles by adding tracks on the rear and skis on the front. 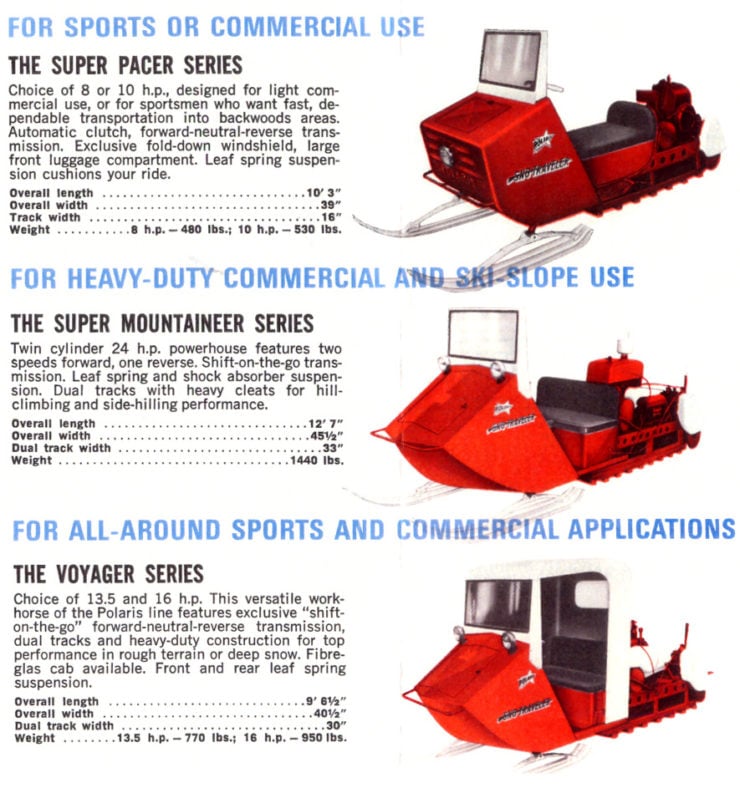 By the mid-1960s Polaris had a number of different snowmobiles in production, each aimed at meeting different needs.

The Model T Ford was a popular target for these conversions and kits were available to buy for those who lived in cooler climates and wanted to use their vehicles year-round.

In 1935 Joseph Bombardier took this design concept and created what is now widely considered to be the first snowmobile. It had a seat, handlebars, a powered track in the rear and twin skis up front.

In 1955 three coworkers in the town of Roseau, Minnesota named David Johnson, Paul Knochenmus, and Orlen Johnson set about building their own snowmobile while their boss, Edgar Hetteen, was away on business.

They used an off-the-shelf Briggs & Stratton engine, Chevrolet bumpers as the front skis, and a grain silo conveyor belt as the track. Though it was rudimentary the vehicle worked well.

When Hetteen returned from his business trip he was said to be furious that the men had wasted so much time building the vehicle. Much to his surprise the local lumberyard owner wanted to buy the prototype and offered $465 USD for it. 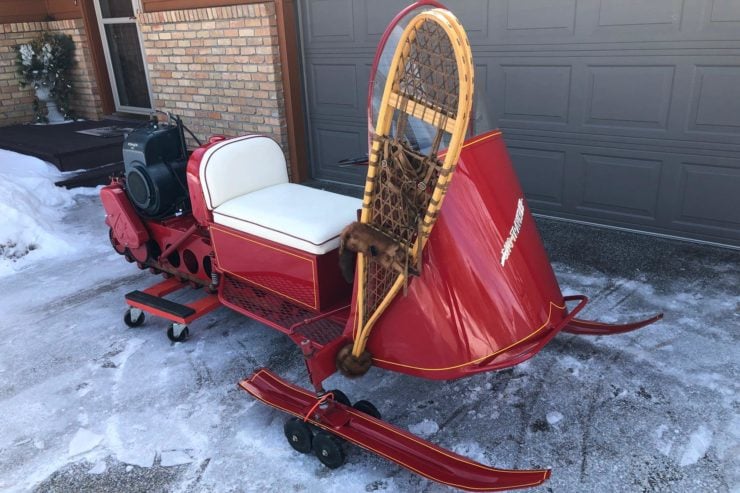 This refurbished Sno-Traveler comes with some period literature about the vehicle as well as a pair of traditional snowshoes.

Seeing that there was demand for such a vehicle led to it becoming a serious enterprise, the men set to work developing a production version of the vehicle called the Sno-Traveler, and founding the company we know today as Polaris.

The vehicle you see here is a very early version of the Polaris Sno-Traveler from just its 7th year of production.

As with almost all early snowmobiles it has a very simple structure made up of a steel frame housing a rear-mounted engine driving the tacks. Up front there is a hull for weather protection and two skis for steering.

This Sno-Traveler is powered by a 24 cubic inch, 10 hp single-cylinder, air-cooled Kohler K241 OHV engine. The carburetor and fuel pump has been recently rebuilt, the fuel lines replaced, the fuel tank was internally coated, and it has new maple track runners, and rubber drive track inserts.

It’s now being offered for sale out of Minnesota with some Sno-Traveler memorabilia, a pair of Viking snowshoes, and a bill of sale.

If you’d like to read more about it or register to bid you can click here to visit the listing on Bring A Trailer. 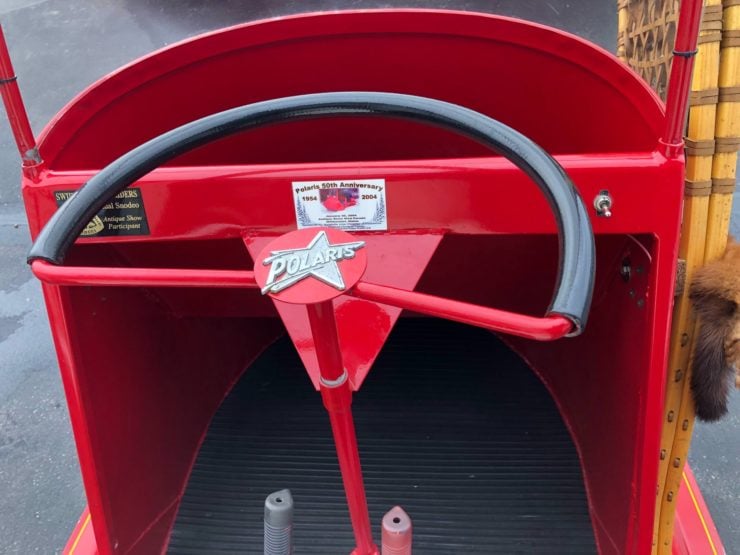 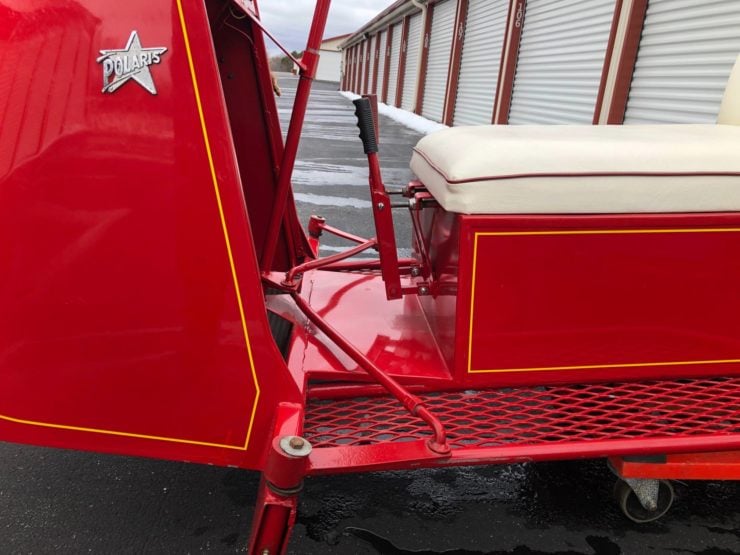 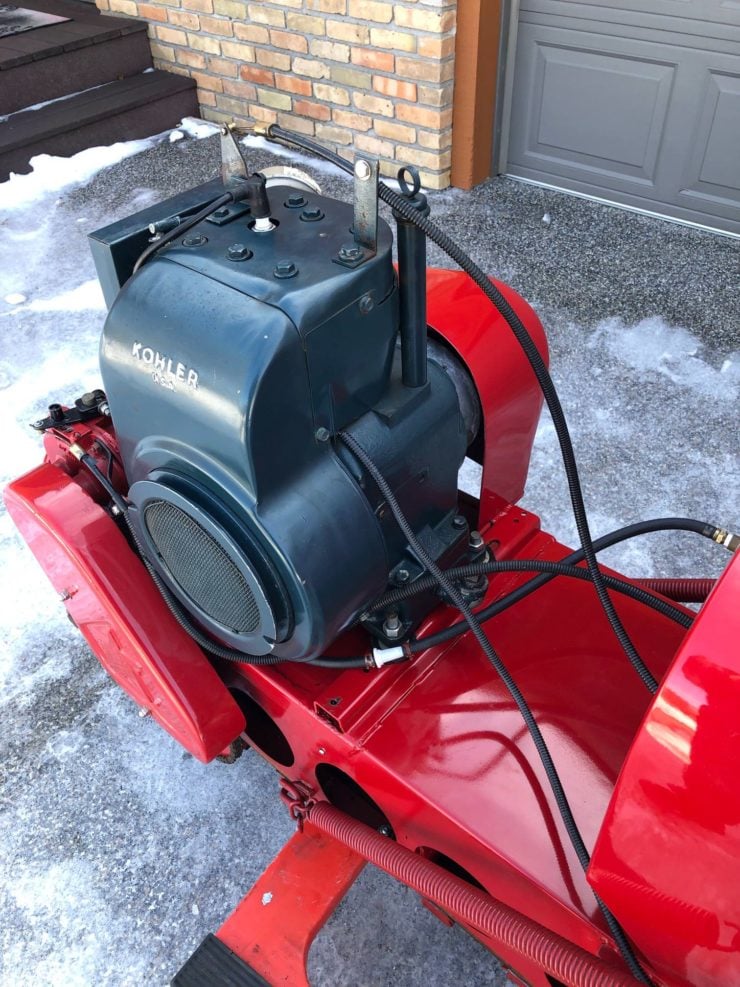 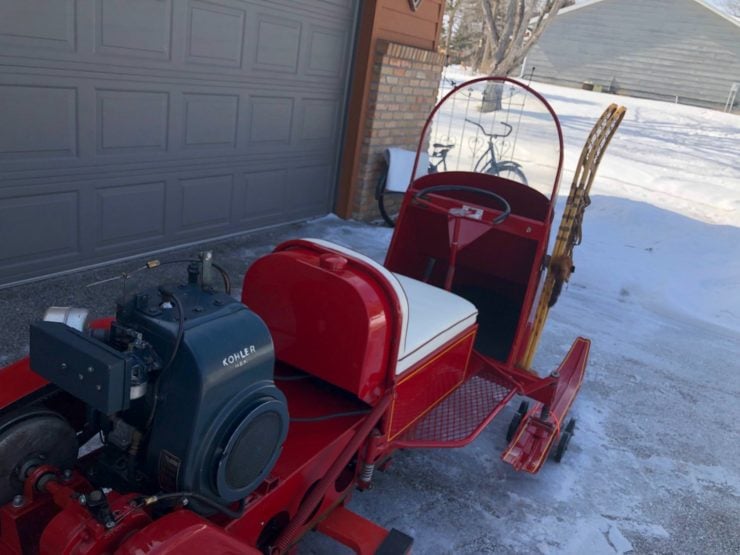 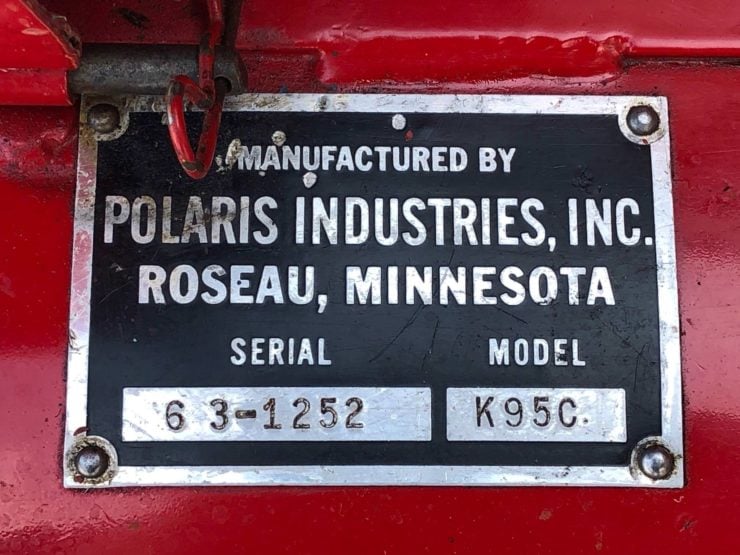 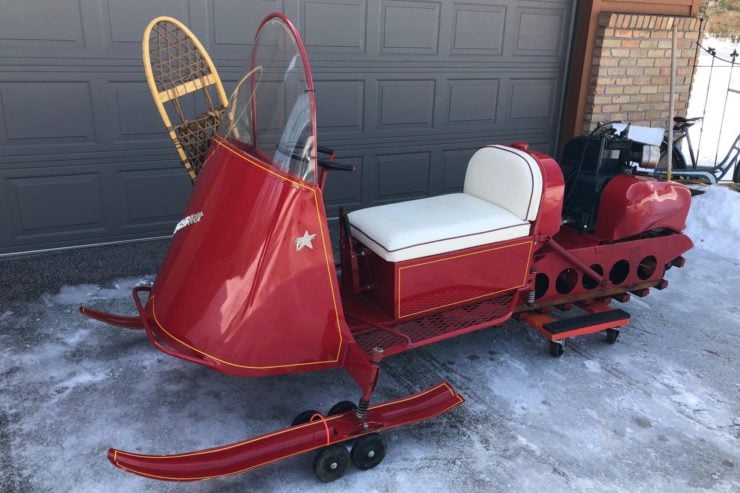 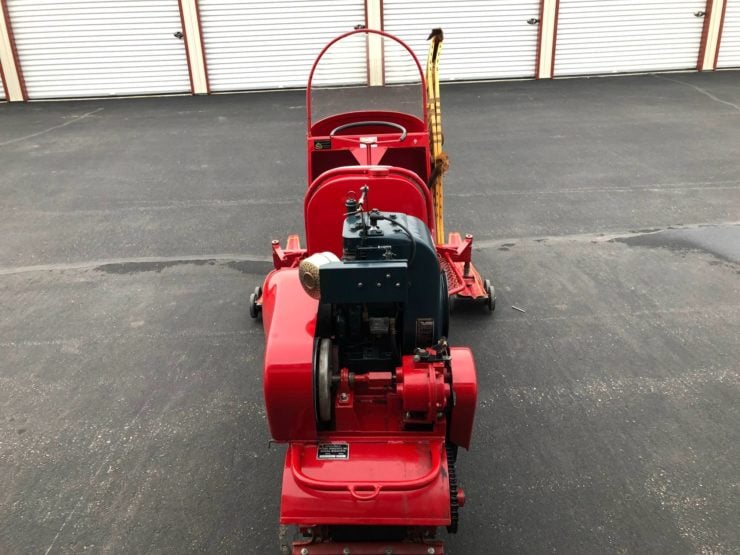 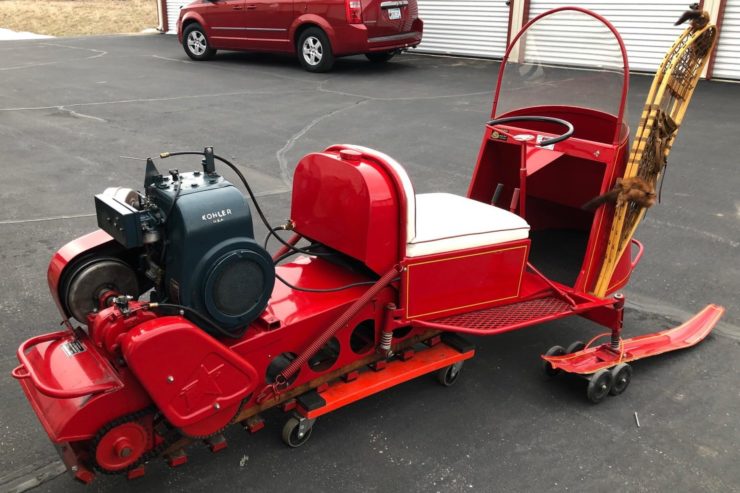 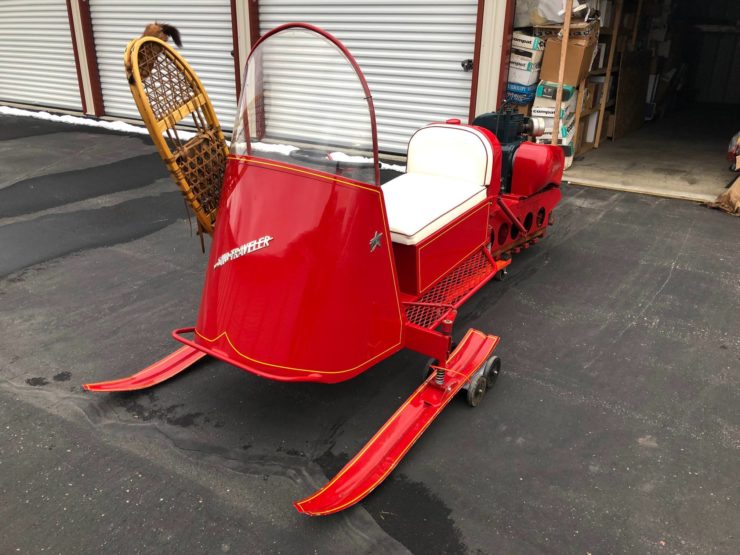 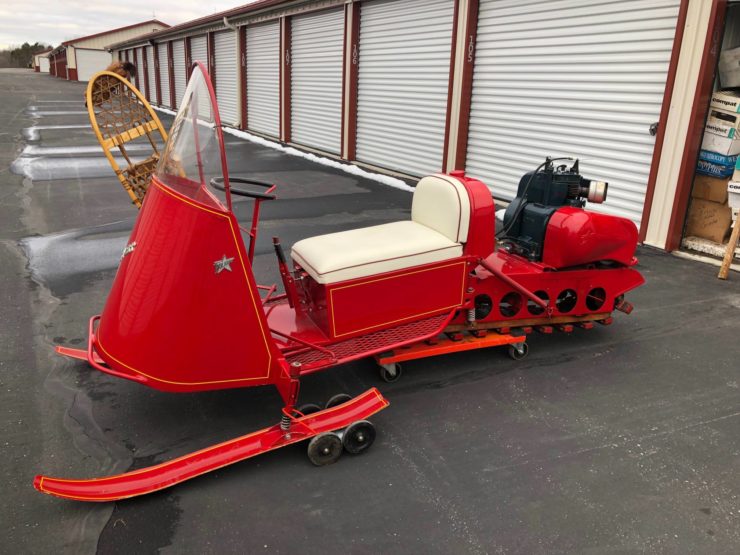 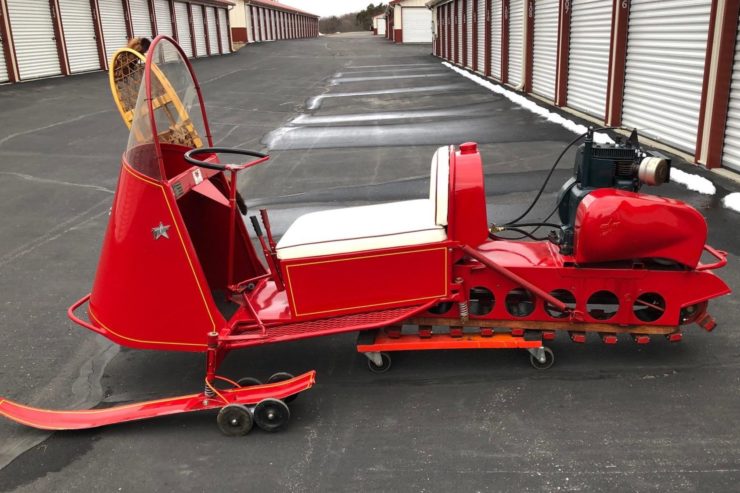 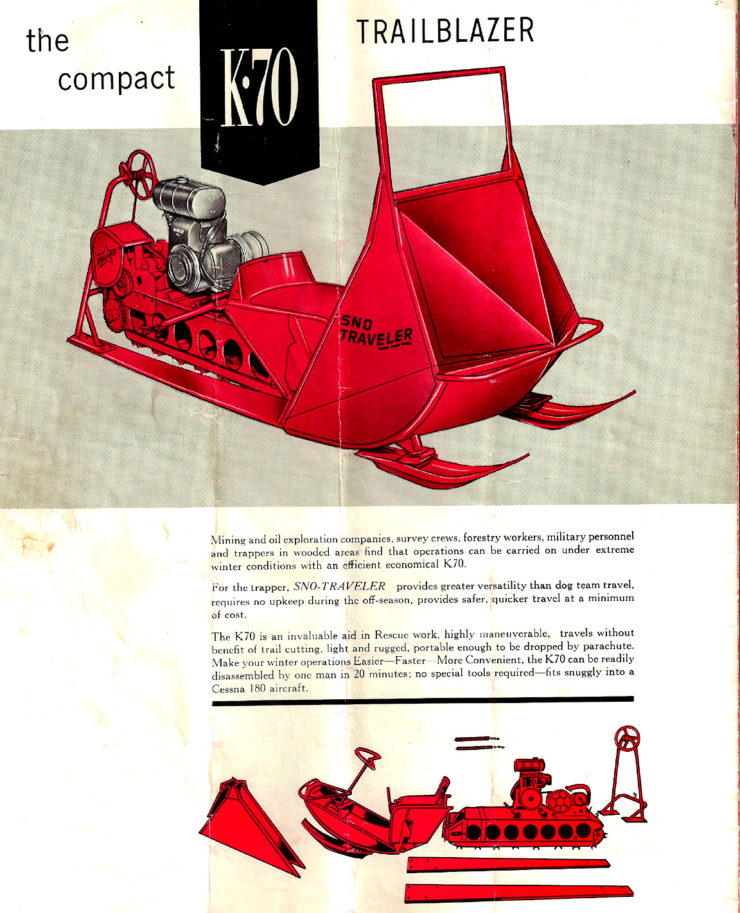 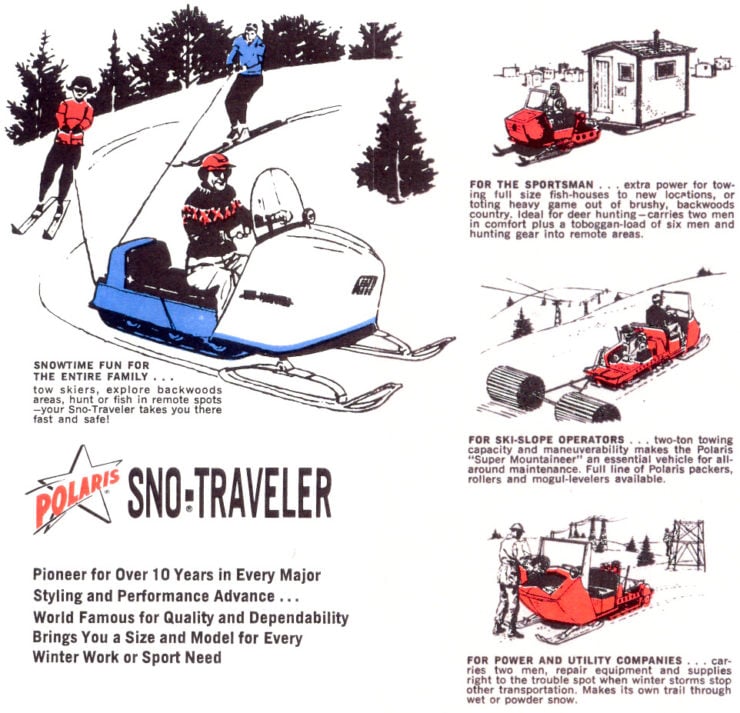 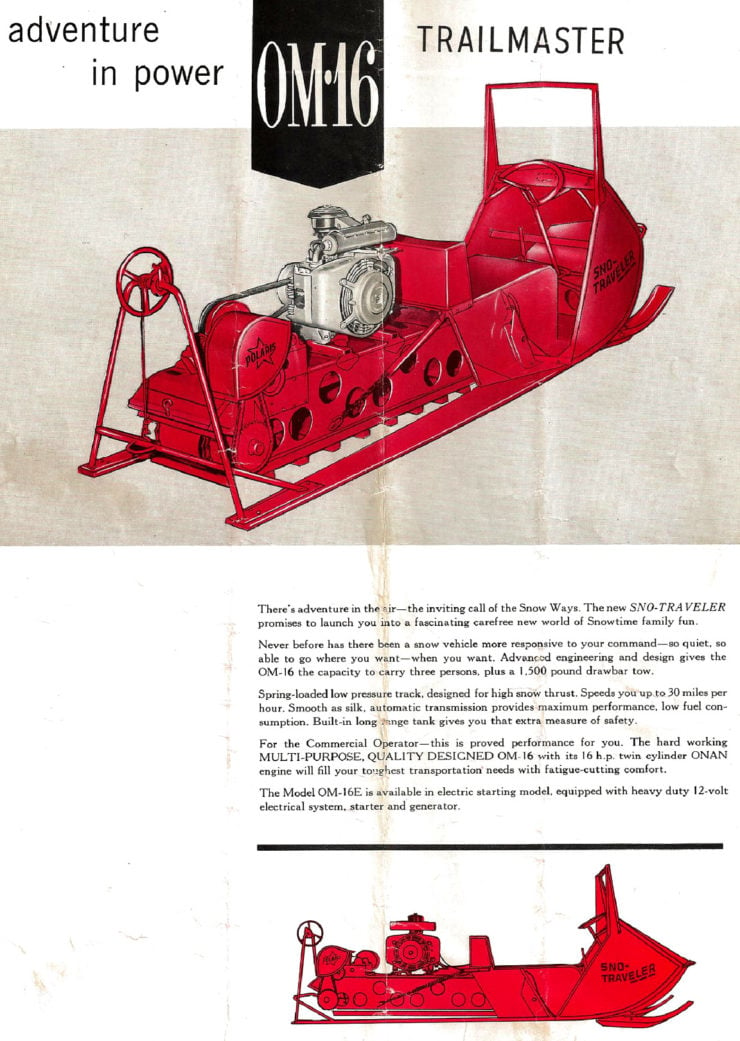 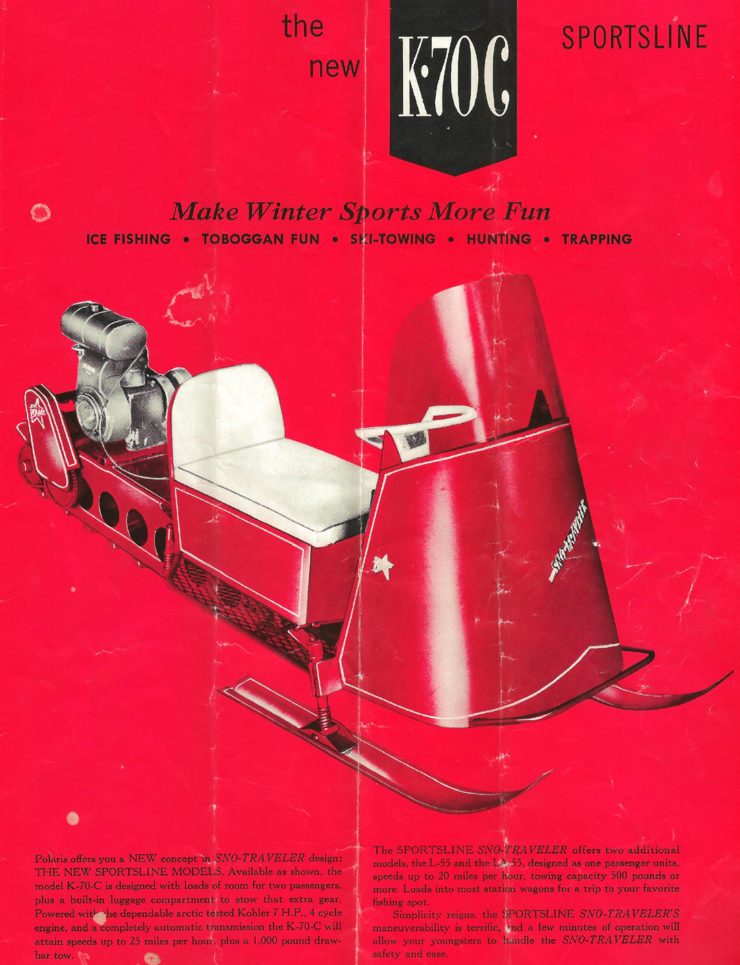 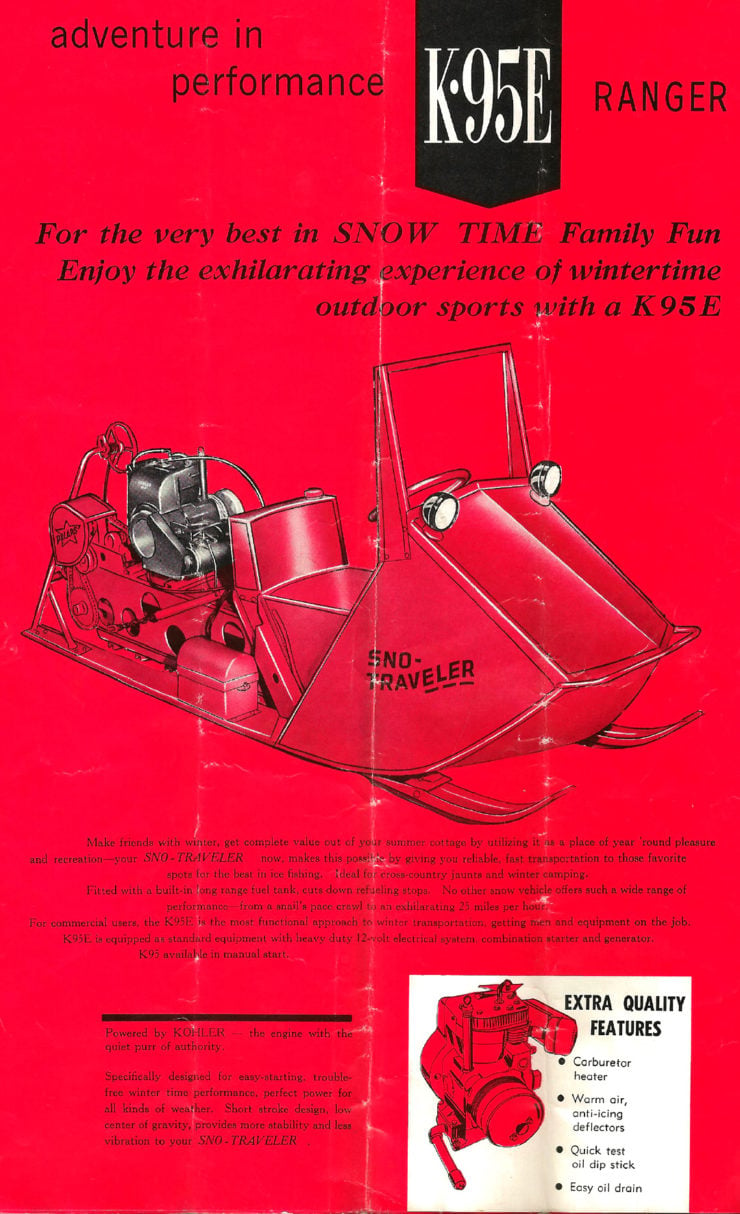