This is a 1967 Shelby GT500, it’s from the first year of Shelby Mustang production that the GT500 was offered, and it was powered by the 428 Ford FE V8 “Police Interceptor” engine capable of 355 bhp.

The Shelby Mustangs are still the most famous special variant of the original pony car, the first was introduced almost 50 years ago in 1965 and Ford is still building modern versions of them today.

Former racing driver Carroll Shelby had hung up his racing boots after winning the 1959 24 Hours Of Le Mans alongside British co-driver Roy Salvadori.

Shelby had a serious heart condition, and was known to chew his heart medication while racing to alleviate his chest pain, this forced him into an earlier retirement than he might have otherwise liked. 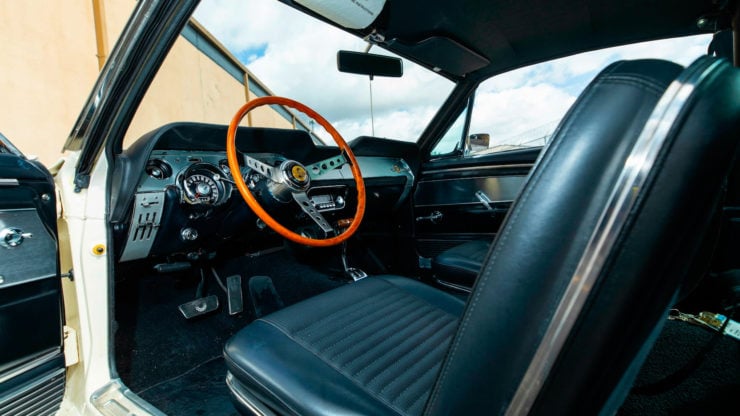 The interior of the car features a number of additions to let you know you’re driving something special, including the wood rimmed steering wheel with the yellow “Shelby Cobra GT500” center cap.

Earlier in his career he had raced a British-built Allard sports car that was fitted with a powerful American V8 engine, it was an experience that stuck with him and would eventually result in the creation of one of the most loved sports cars in history – the Shelby Cobra.

He chose that second option.

After having seen the good-looking though perhaps underpowered AC Ace roadster in the Le Mans paddock in 1959 Shelby began to formulate a plan.

If he could source an engineless Ace and fit a powerful American V8 he knew he would have a highly competitive sports car on his hands. 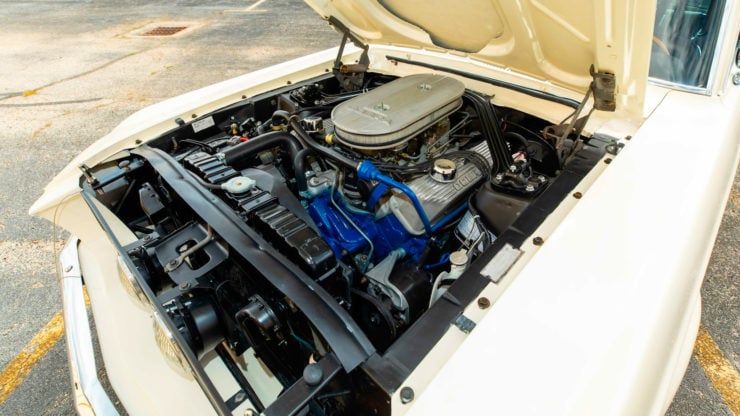 To cut a long story short, that’s exactly what he did. In the early 1960s he had an AC Ace sent over from England, he worked out a deal with Ford to supply engines, and working with a small team he built the car and dubbed it the “Shelby Cobra.”

These cars were initially powered by the Ford 260 V8 which was later changed to the Ford 289 V8. The Shelby Cobra would prove dominant on race tracks across the United States, and the car helped earn Carroll Shelby the title of racing car manufacturer – not just former racing driver.

Ford, Iacocca, And The New Mustang

When Lee Iacocca, Ford Division General Manager, oversaw the release of the new Ford Mustang in 1964 there was one thing that concerned him – as a new sports car the Mustang had no racing pedigree.

Iacocca already knew Shelby and he’d seen the success he’d had with the Shelby Cobra – a car that was powered by the same Ford 289 V8 that was used in the Mustang. 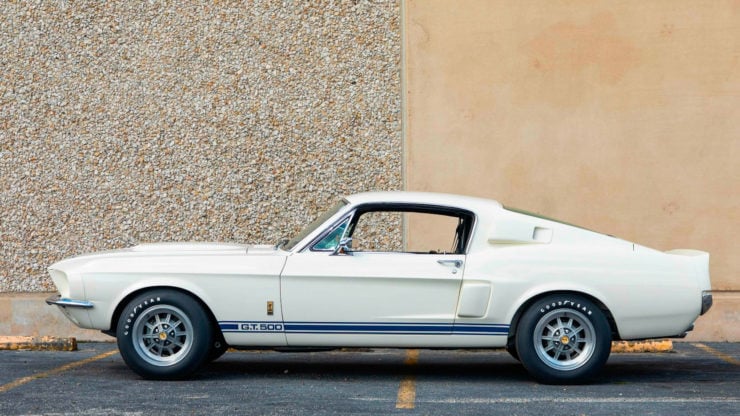 The car was differentiated from the regular Mustang with a new fiberglass front and rear fascia, a fiberglass hood, special alloy wheels, and a decal and badge package.

The two men got to talking and struck a deal for Shelby and his team to build a road legal racing version of the new Mustang with the target of winning as many races and championships as possible – to give the new car the racing heritage it so needed.

The new Shelby GT350 was released in 1965, it featured a slew of go-faster modifications and despite the fact that it was the car’s first full year of racing, it went on to dominate the 1965 SCCA B Production Class winning the championship that year – perhaps most importantly of all, it beat the Corvettes.

The car would likely still have been popular without Carroll and his winning Shelby GT350, but it certainly didn’t harm the sales figures.

By 1967 something new was needed to spice things up. Shelby and his team set about fitting the 428 Ford FE V8 “Police Interceptor” engine into a 1967 Mustang. 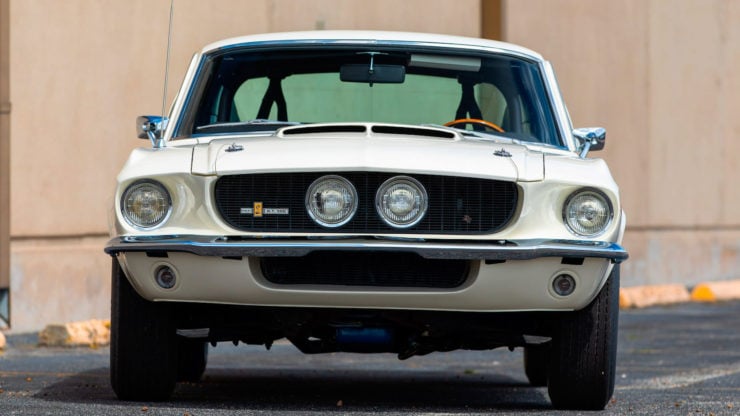 The two inset spotlights became a distinctive feature of this car, a version of this look was used on the 1967 Mustang from “Gone In 60 Seconds” starring Nicholas Cage.

The engine was topped with two 600 CFM Holley four-barrel carburetors on a mid-rise aluminum intake manifold. The car was given a longer fiberglass hood, new front and rear fascias, and a pair of high-beam headlamps inset into the grille.

The 1967 GT500 you see here is Shelby no. 00586, it was shipped new to High Performance Motors, Inc. in Los Angeles, California and it’s particularly notable as it’s an early production example with inboard fog lamps.

A full restoration was completed two years ago and the car is now for sale through Mecum, if you’d like to read more about it or register to bid you can click here to visit the listing. 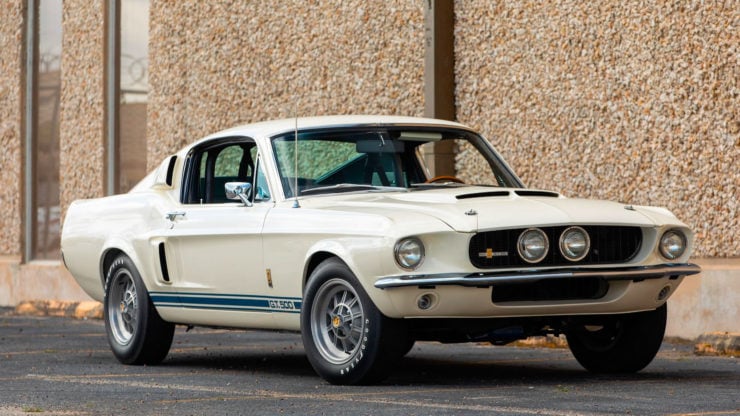 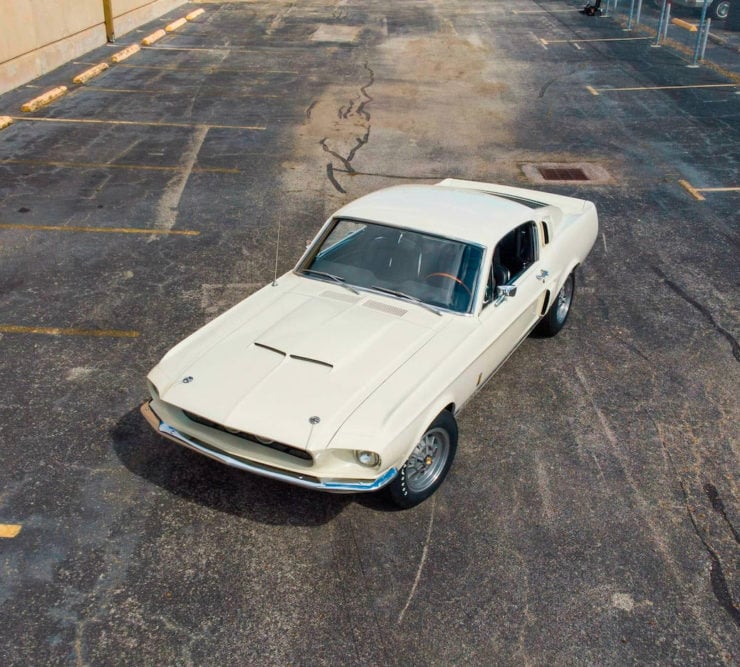 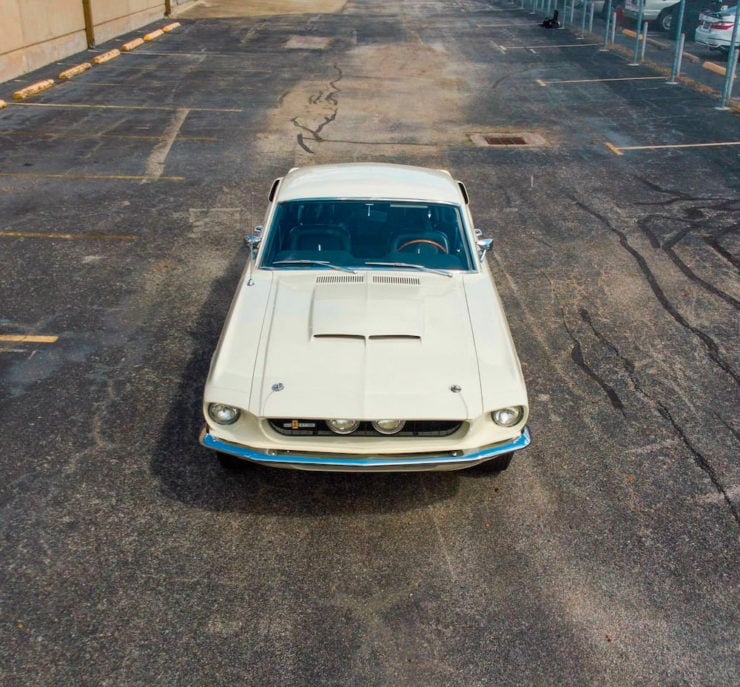 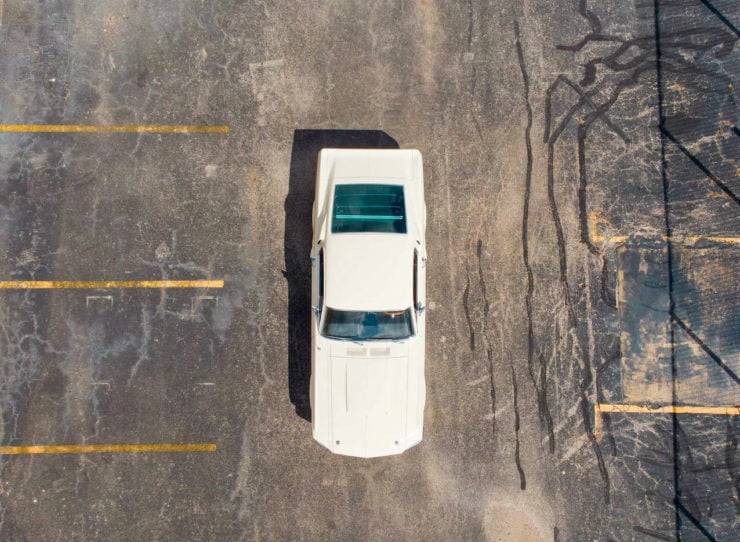 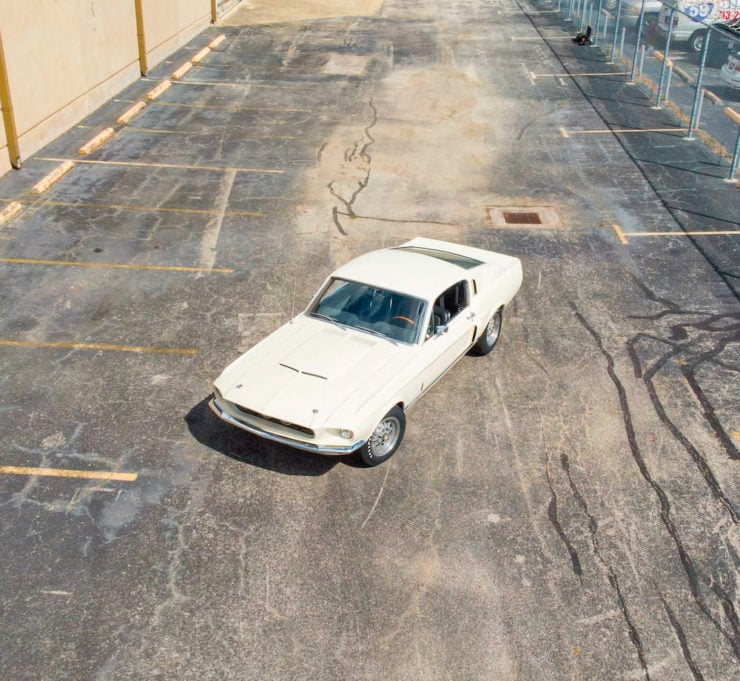 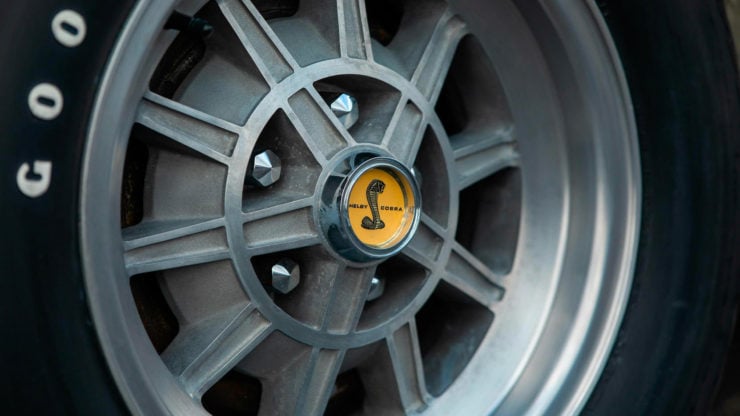 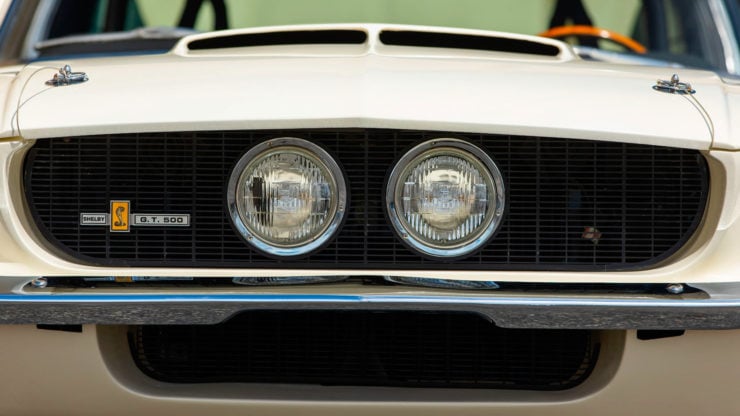 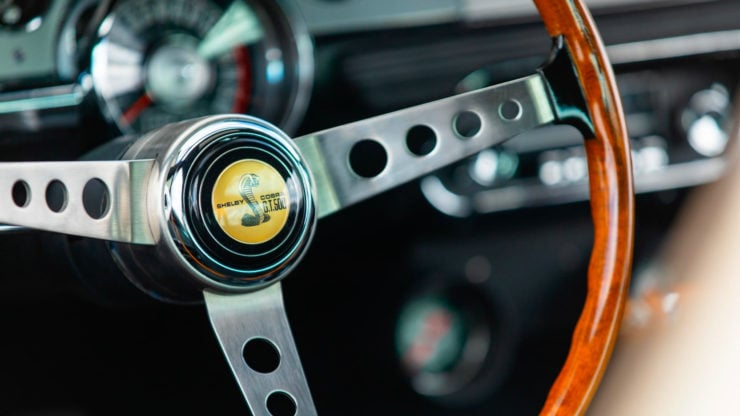 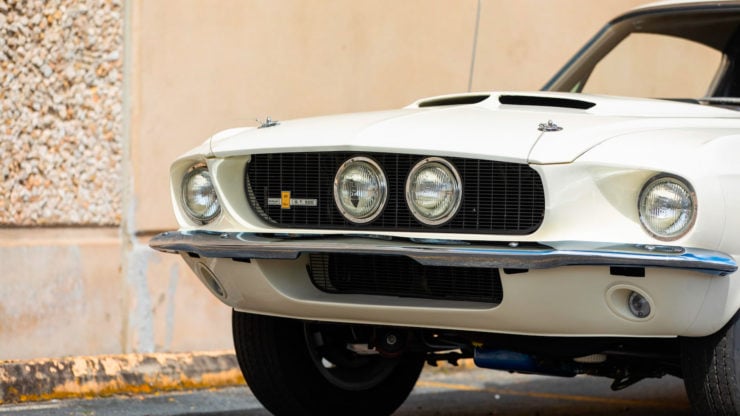 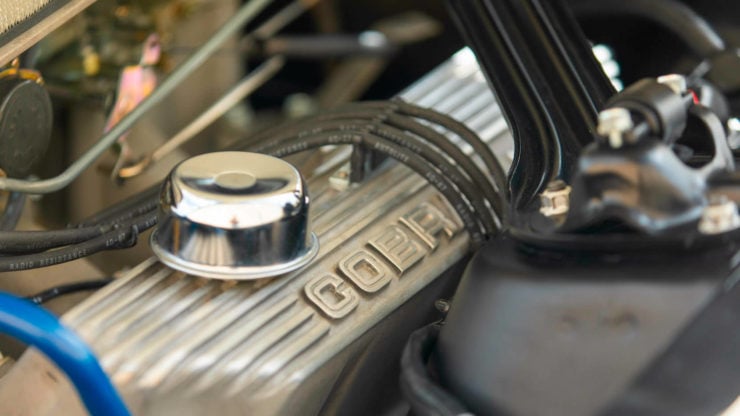 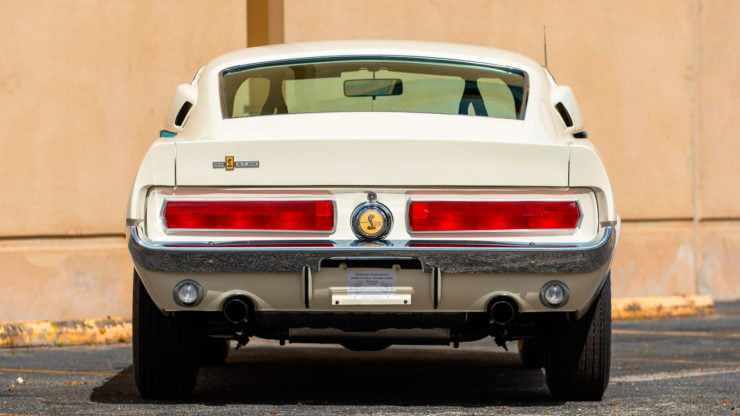 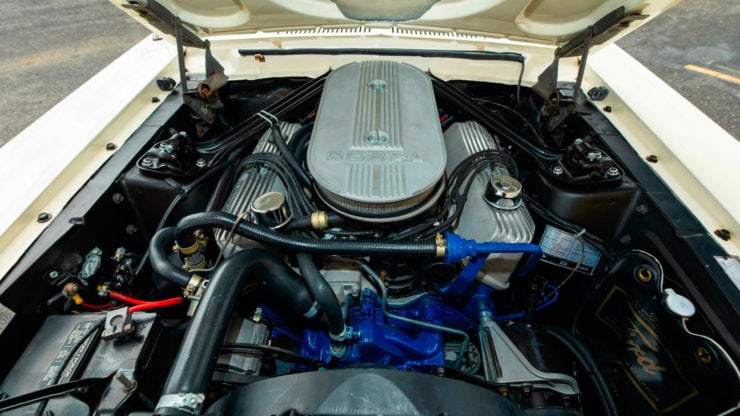 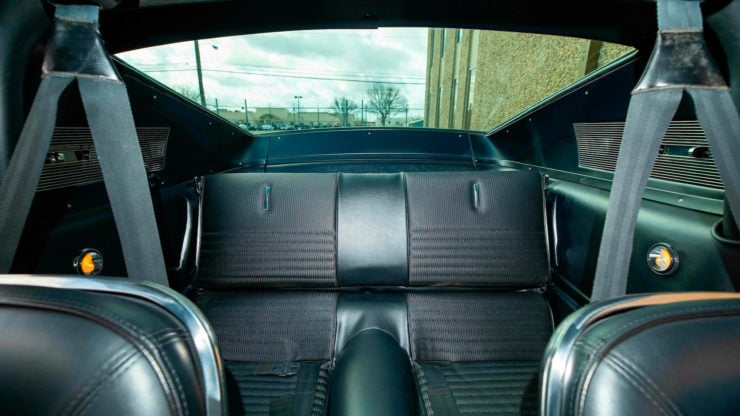 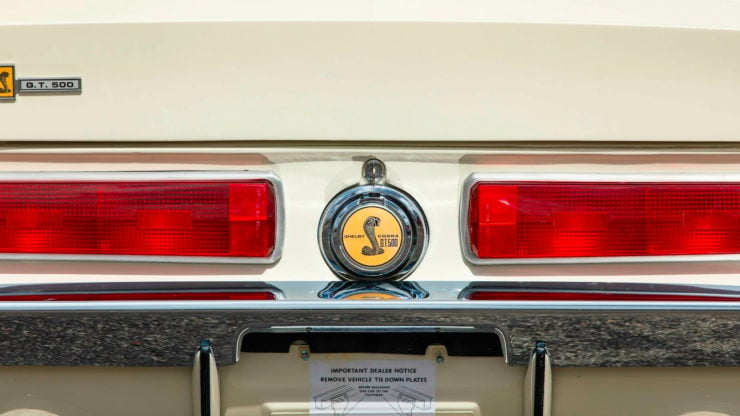 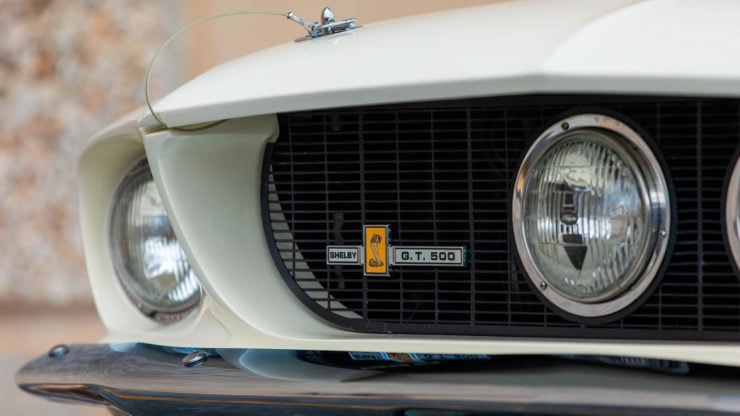 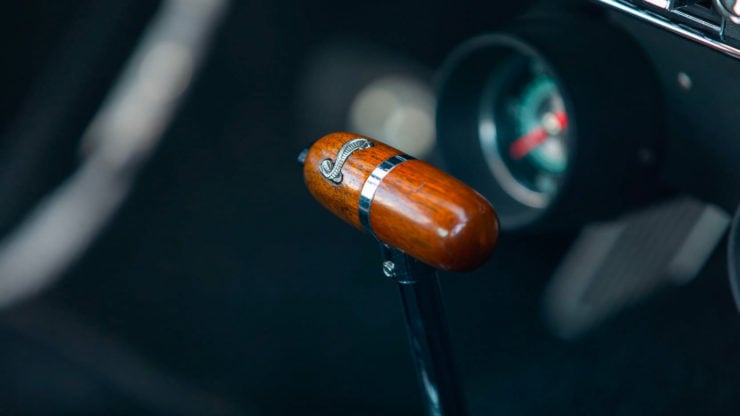 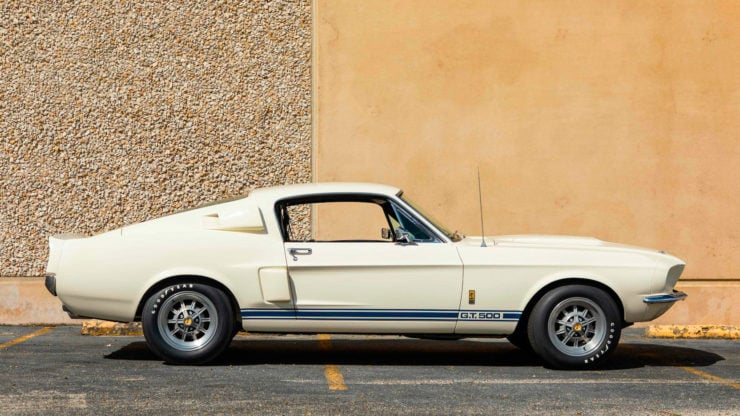 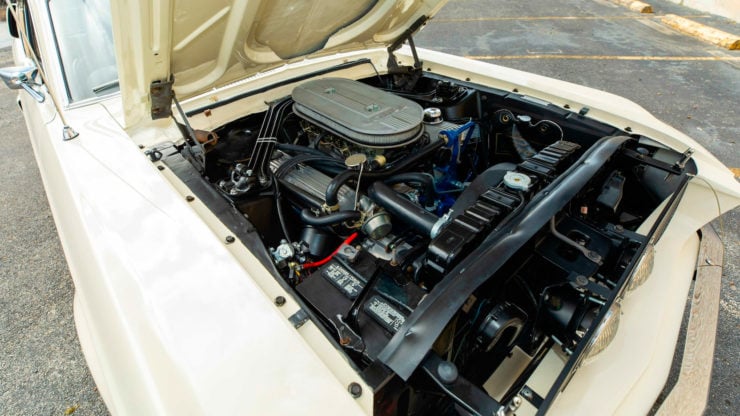 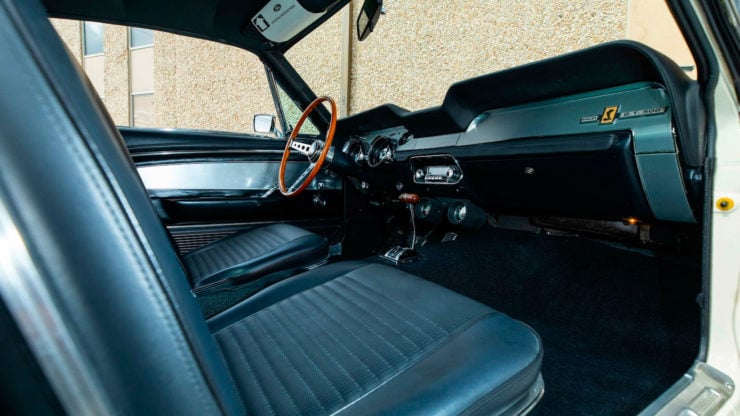 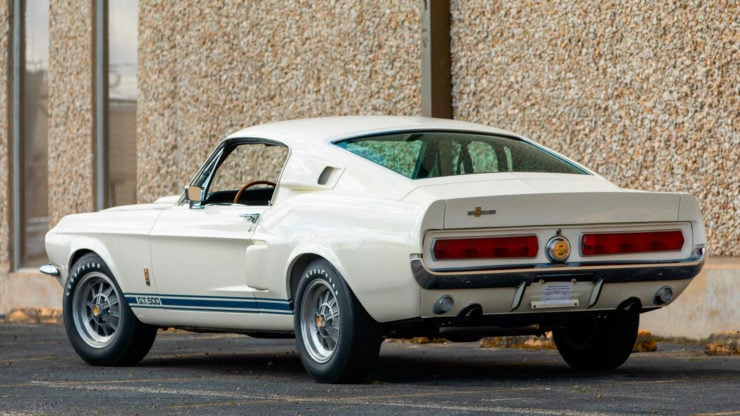 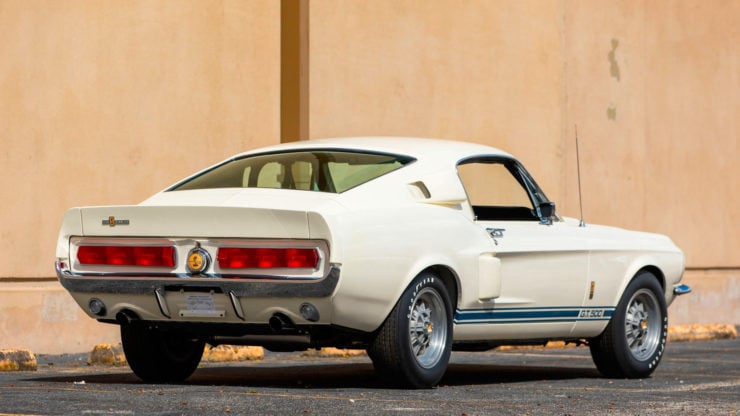