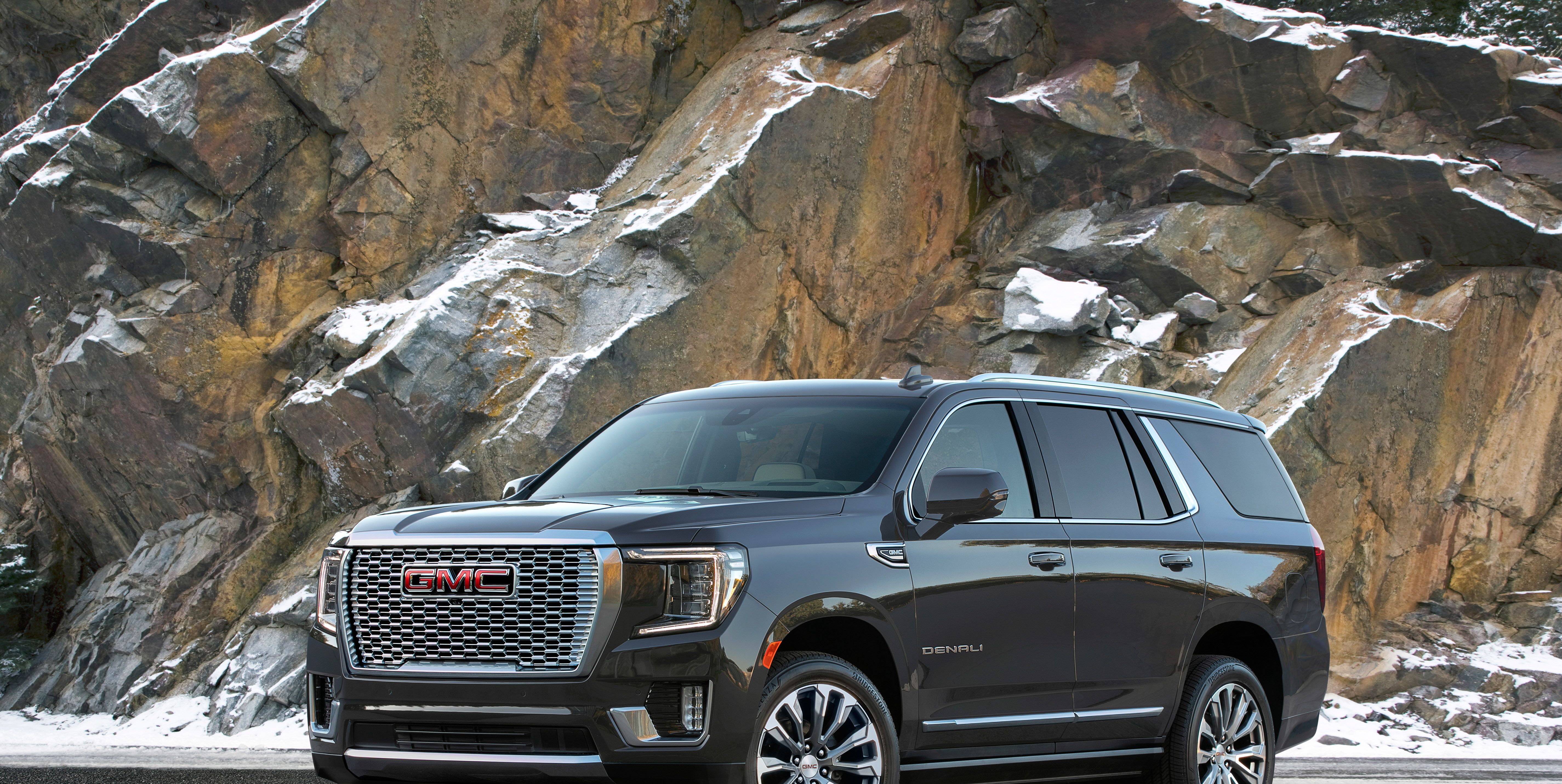 The 2021 GMC Yukon and Yukon XL will retain their slightly premium position within GM’s full-size SUV hierarchy in terms of price. The Yukon starts at $51,995 and the Yukon XL starts at $54,695, representing a $1700 upcharge compared with the related Chevy Tahoe and Suburban that were also redesigned for 2021.

The new GMC SUVs are only $100 more expensive than their predecessors, however, when comparing the base SLE models. The SLE comes standard with a 355-hp, 5.3-liter V-8 engine, rear-wheel drive, and a 10-speed automatic. Four-wheel drive is a $3000 extra on all trim levels except for the off-road-oriented AT4, which comes standard with 4WD and costs $66,095 for the Yukon and $68,795 for the Yukon XL.

Starting at $69,695 for the Yukon and $72,395 for the Yukon XL, the Denali is the top-dog trim level and comes standard with a 420-hp 6.2-liter V-8. The Denali has a nicer interior (pictured) and also offers all manner of option packages that add equipment such as a panoramic sunroof, 22-inch wheels, an air suspension, and rear-seat entertainment screens. A loaded Yukon XL Denali with all the bells and whistles tops out at just above $87,000.

GMC will also offer a turbo-diesel 3.0-liter inline-six in certain Yukon models eventually that promises better fuel efficiency, but the company hasn’t announced pricing for that engine option yet. 2021 Yukons will start arriving at GMC dealerships sometime this summer.